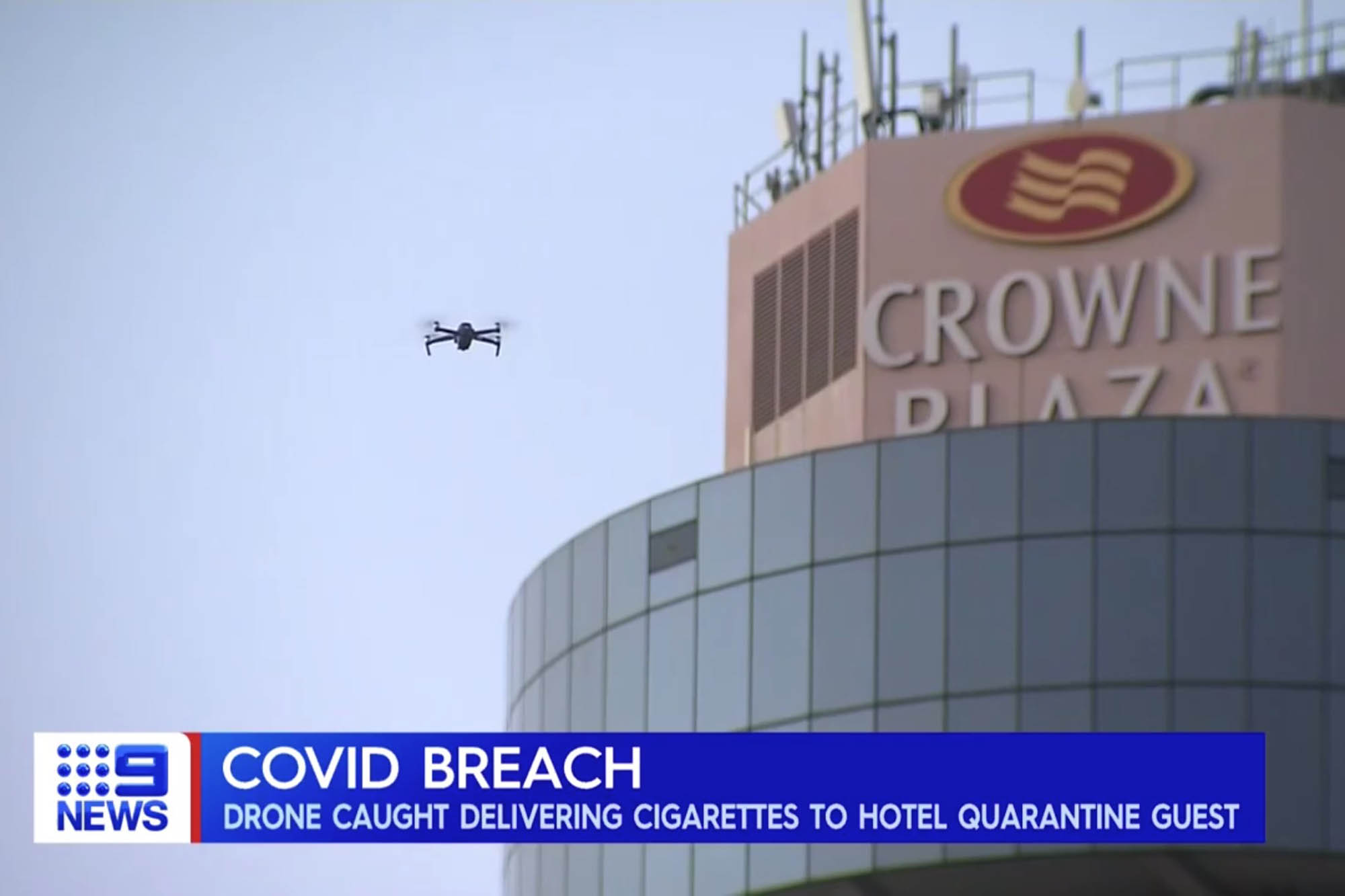 Apparently, sex addicts weren’t the only ones jonesing for a butt during quarantine.

An enterprising Australian woman has been fined for breaching coronavirus lockdown after using a drone to deliver herself cigarettes at the hotel where she was quarantined.

The bizarre smuggling scheme came to light on July 11 after the drone was observed dropping off a pack of smokes to a woman on a balcony of the Crown Plaza hotel on the Gold Coast, 9 News reported. It is believed that a man was operating the aerial cancer-stick courier from outside the hotel.

Fortunately, the illicit exchange was thwarted by an observant hotel staffer, who alerted police of the sneaky stunt.

The nicotine fiend has since been slapped with a $1,300 fine for breaching COVID-19 lockdown, which was renewed last month in several regions amid a resurgence in cases. Meanwhile, her drone-piloting partner in crime could be penalized by the Civil Aviation Safety Authority for violating safe flying regulations, 9 News reported.

This isn’t the first time a COVIDIOT has attempted to use a drone to circumvent a coronavirus quarantine. In spring 2020 after the start of the pandemic, a self-isolating New Yorker melted hearts online after using a drone to flirt with a “cute” girl he had spotted dancing on a rooftop during lockdown.