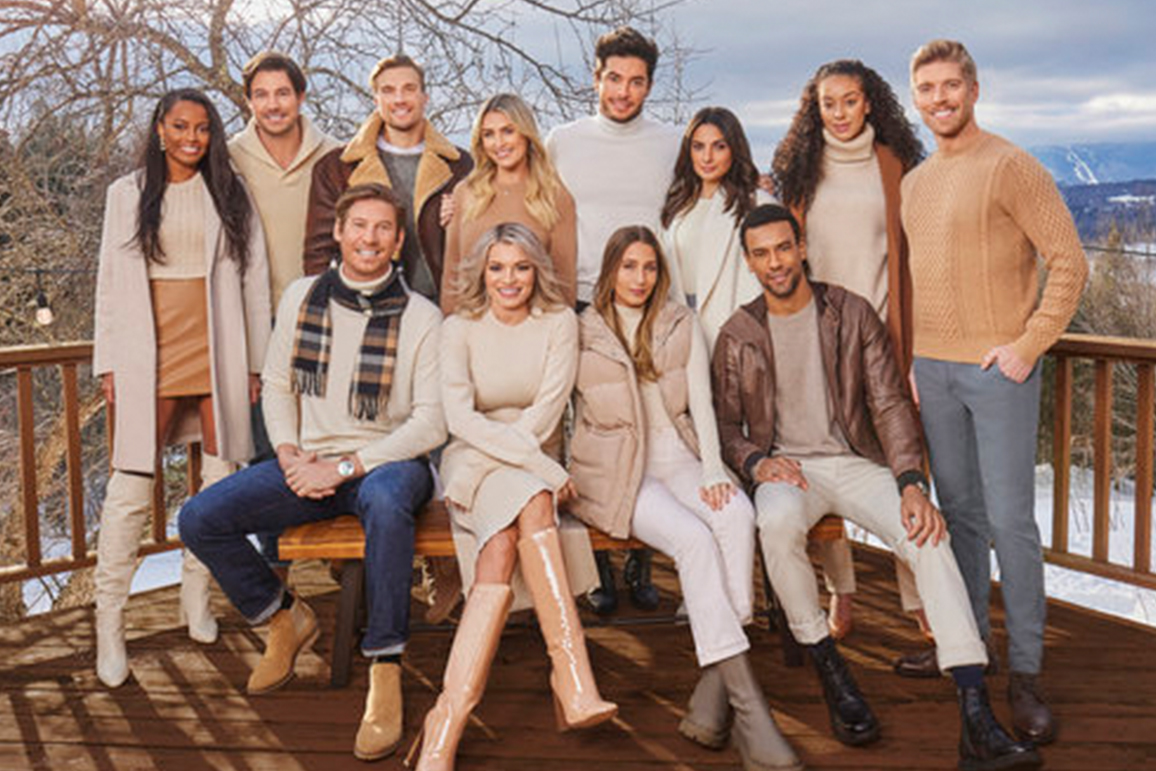 Winter House is everything we want and need it to be. It feels like we’ve been waiting forever for this new Bravo mashup series (even though it really only filmed about nine months ago), but now that it’s here, it delivers in all the best ways.

What we, and maybe even more importantly Bravo, need right now is fun. The network has recently taken a turn from highlighting luxurious lifestyles to largely legal nightmares, and while many of us have popped the popcorn and parsed out the details on social media, my god is it ever time to pour the wine and enjoy chugging it. Which is precisely what I’ll be doing at home as I watch some of our Bravo besties do the same on screen.

When it comes to the casts of Southern Charm and Summer House, no one else on Bravo comes as ready to party at all times as they do. And after 2020 came with all kinds of restrictions with filming their respective series, 2021 ushered in the Winter House era of partying harder than ever — including on the first night. In the first episode, this bunch wastes no time when it comes to getting wasted.

Southern Charm‘s Craig Conover and Austen Kroll are the first to arrive in the picturesque Vermont house, and it’s perhaps most refreshing to see them free of the chains from their Charleston series, which last season found them bogged down with issues ranging from relationships to race, as well as acknowledging their parts and privilege in both. Not that they’re fully free: this series took place over the course of nearly three hungover-hazed weeks, just after the Southern Charm reunion aired. That means we’re watching Austen process his big breakup just as you would imagine he would, with lots of drinks and ladies on his lips. Peak “what can I get my dick in” energy, and good for him. Craig was still in a relationship with his ex-girlfriend Natalie which allows him to sit back with a glass of red wine and serve as the house’s sounding board and voice of reason, all while we search for the first signs of flirtation with his current gal pal (wink!).

Summer House pals Kyle Cooke, Amanda Batula, Paige DeSorbo, Lindsay Hubbard, Luke Gulbranson, and Ciara Miller also travel to the snow, still with their bathing suits in tow. After all, they are keeping the theme party spirits alive all season long. We’re also joined by four new friends/models in Julia McGuire, a bubbly blonde who used to  model for Limited Too with Paige (and quite frankly, live the dream), and her pals Jason Cameron, Gabby Kniery, and Andrea Denver, a sexy Italian man who informs us he’s originally from, “Verona, Italy, the city of Romeo and Juliet.” But really all you need to know about him is Ciara’s accurate assessment: “Did you see his ass?” Truly, I can’t wait to see more of it.

In typical Bravo fashion, Winter House is guaranteed to be packed with drunken squabbles, love triangles, tears, and hot tub hijinks, as it is ultimately a showcase of hot, sexy people having a hot, sexy time. In the snow! Really, it’s giving a whole new meaning to the phrase “Winter is coming”, hey-oh!

There’s a level of light-heartedness and humor infused throughout this series, not just because of the personalities it’s gathered together but because the inherent premise is a party. There are no stakes, just shenanigans. And some snowboarding. This is the kind of programming that it feels has been absent on Bravo, and not only the kind many viewers crave, but the kind that is fully quenched with this series. Bravo, unlike any other network, has cultivated a community of viewers with such strong personal connections to the people they watch week in and week out on their screens. Give us the mashups we desire! Winter House is a great place to start, and next month’s Real Housewives Ultimate Girls Trip on Peacock is a great place to continue. If we’re gonna sit through three more weeks of this Real Housewives of Beverly Hills reunion, thank god it’s followed by this delicious debauchery.