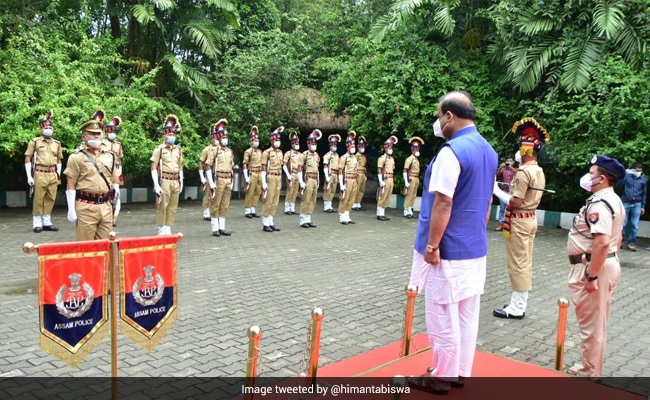 Assam Chief Minister Himanta Biswa Sarma has said that the state government will adopt a zero tolerance policy towards smuggling of cattle and drugs.

Addressing the media in Kaziranga after chairing a conference with police chiefs of all districts, the Chief Minister said police will “strike at the root” of these two rackets.

“Assam will adopt zero tolerance against cattle smuggling. Cows will not be allowed to enter legally or illegally into the state and cannot be transported within the state. Most of the cows come from Uttar Pradesh, Bihar and West Bengal. We will strike at the root and stop this before it happens,” Mr Sarma said.

Owing to the porous riverine border with Bangladesh on the western and southern side, Assam has been used as a transit route for cattle smugglers.

On the smuggling of drugs, the Chief Minister said, “Forget peddling, Assam will not even be a transit route for drugs. All the SPs have been instructed that neither can drugs be peddled within their (areas of) jurisdiction nor can they be transported from one district to another.”

He said the state government is going to set up seven new forensic labs over the next six months so that narcotics seized from smugglers are processed properly.

The Chief Minister said the meeting saw discussions on three wings of policing — law and order, organised crime and intelligence gathering — to turn the state police into a “competent and professional” force.

The conference today was the first of half-yearly meetings the Chief Minister will hold with district police chiefs.

“Similar meetings will be held every six months. The next meeting will be held at Duliajan (in Upper Assam’s Dibrugarh district),” Mr Sarma said.

“A similar meeting will be held with all the deputy commissioners every six months, the first of which will be held between August 15 and 30 this year at Diphu,” he added.

The Chief Minister said that Assam currently has 1.05 lakh pending criminal cases and in order to speed up their resolution, the state government will soon start a recruitment drive for sub-inspectors, law officers and prosecution consultants.

Asked if the state government will initiate peace talks with insurgent outfit United Liberation Front of Asom-Independent (ULFA-I), the Chief Minister said, “We want that this issue be resolved through talks amicably. Further concrete steps will be discussed with the Union Home Minister Amit Shah when he visits Assam this July.”