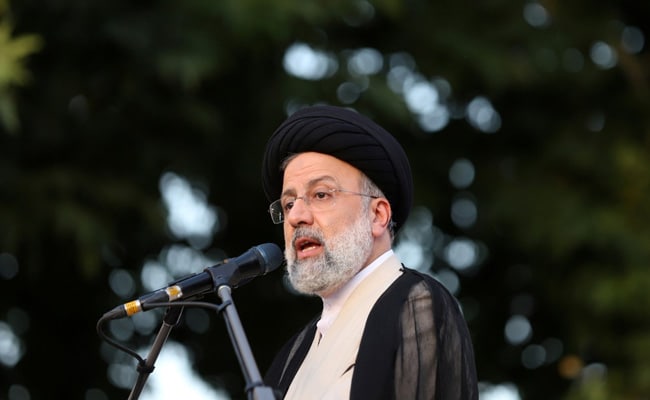 Iran’s Ebrahim Raisi on Monday backed talks to salvage a tattered nuclear deal with US (File).

There are currently no plans for US President Joe Biden to meet with Iran’s newly elected leader, according to the White House, which downplayed Ebrahim Raisi’s influence.

Raisi, a strident critic of the West, will take over from pragmatist Hassan Rouhani on August 3 after an election on Friday.

In a news conference on Monday, he backed talks to salvage a tattered nuclear deal with Washington but ruled out personally meeting with Biden.

“We don’t currently have any diplomatic relations with Iran or any plans to meet at the leader level,” she told reporters. “Our view is that the decision maker here is the Supreme Leader.”

Psaki said negotiators had concluded a sixth round of talks about how Iran and the United States could both return to compliance with the 2015 nuclear pact. An agreement could lift punishing Western sanctions on Iran.

The White House, she said, would be “looking forward to seeing where that goes” but that they could not predict when or if a deal would be reached.