Home News Where to Watch ‘The Humans’ Movie 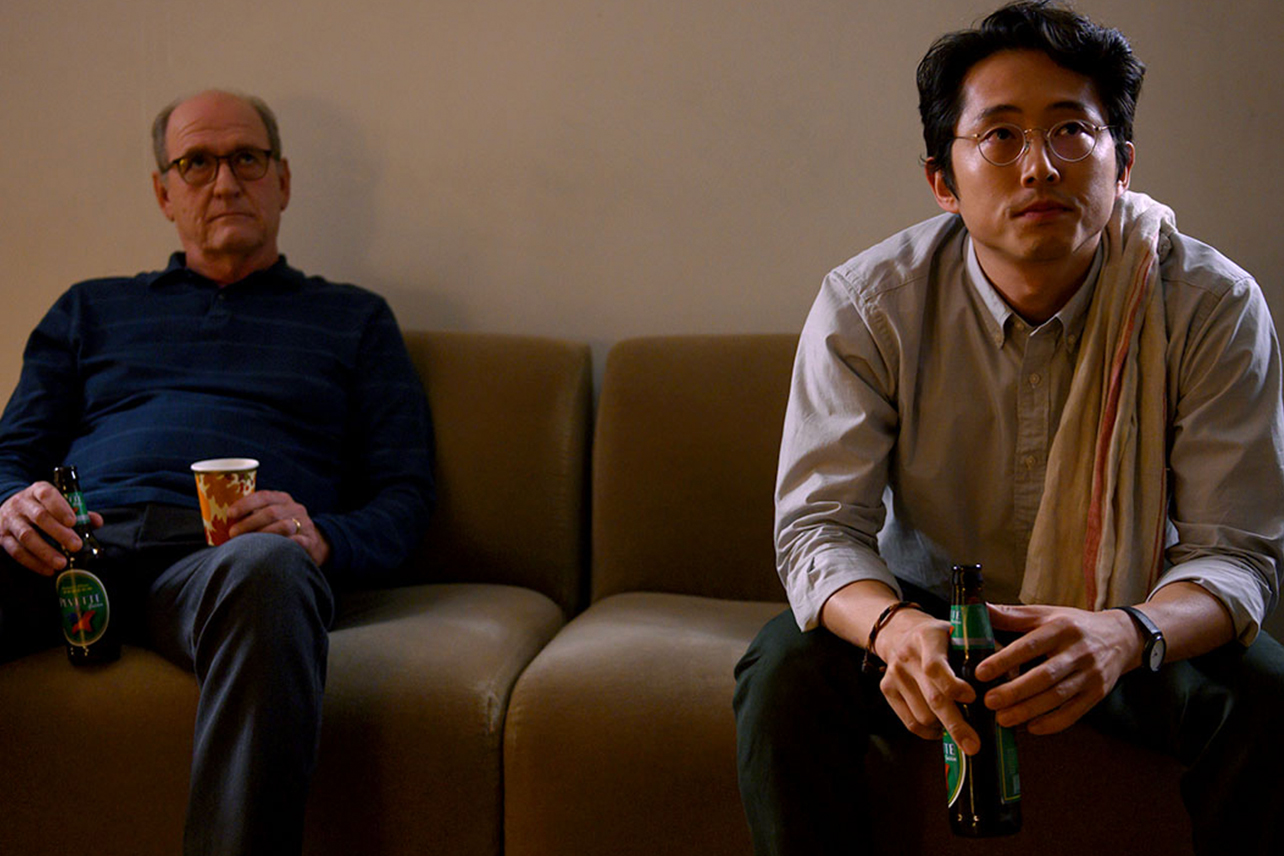 There’s nothing like watching existential dread seep into a family gathering, and Stephen Karam’s new movie The Humans is brimming with it. Adapted from Karam’s Tony Award-winning, one-act play of the same name, the film centers around the Blake family’s Thanksgiving get together at daughter Brigid’s (Beanie Feldstein) new — yet dingy — New York City basement apartment. But The Humans is a far cry from your average holiday season-set family drama.

Each member of the working class Blake family are suffering their own personal demons, which creates a tense environment: alongside pious and caring wife Deirdre (Jayne Houdyshell, who reprises her Tony award-winning role), Erik (Richard Jenkins) is a silent, wary father who was almost killed on 9/11 while accompanying his daughter Aimee (Amy Schumer) to a job appointment. Aimee is a corporate lawyer coping with an intestinal disease and recent breakup; her sister Brigid is an aspiring musician, and her boyfriend Richard (Steven Yeun) a social work student waiting on his trust fund. Rounding out the group is grandmother Momo (June Squibb), whose mind has succumbed to dementia.

Naturally, their differences and nuances give rise to some friction between the group, but the growing sense of dread is heightened by exterior sounds, which could be attributed to typical city ambiance or a threatening force trying to get in. Either way, The Humans is a funny yet poignant portrait of togetherness, which is sure to make an enjoyable viewing experience.

Resting at 86 percent on Rotten Tomatoes, strong, honest performances and intimate storytelling will likely make The Humans a solid awards contender. Here’s everything you need to know about where to watch Karam’s directorial debut:

Is The Humans streaming on Netflix or HBO Max?

Not yet, no. The film premiered at the Toronto International Film Festival on Sept. 12, so we may be seeing its wider release in the coming months.

Is The Humans available to watch on any streaming services?

At the moment, no. The Humans has yet to arrive on streaming services and does not yet have a wide release date set.

Will The Humans be available to purchase or rent on VOD?

Not yet. But keep your eyes peeled for more information on where to purchase or rent The Humans.

Is there a trailer for The Humans?

No sign of a trailer yet, but hopefully we’ll get a first look at the film soon.