Home News What Mukesh Ambani Defines As “Prerequisite For Every Business” 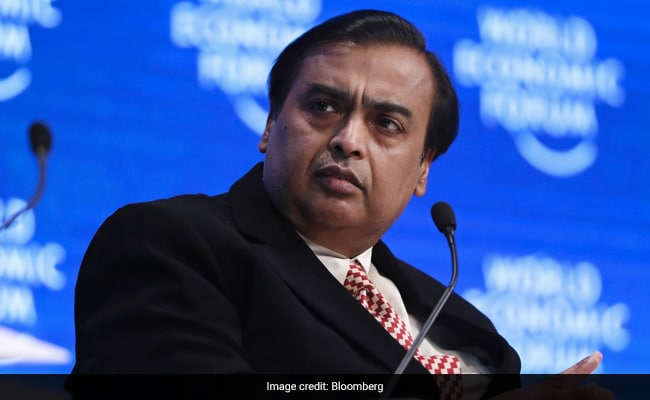 Mukesh Ambani, Asia’s richest man, plans to transform each of the units under his refining-to-retail conglomerate to create a sustainable business model as Reliance Industries chases a net carbon-zero goal by 2035.

“We have no option as a society, as a business but to really adopt a sustainable business model,” Mr Ambani told Bloomberg Television’s Haslinda Amin as part of the Qatar Economic Forum Monday. “I think that’s a prerequisite for every business to survive as we go forward.”

When asked if this green push will require dialing back on some of Reliance’s businesses, Mukesh Ambani said “it means transforming our businesses and integrating that with the future,” without sharing more details.

The pivot toward a greener, cleaner version of itself won’t be an easy one for India’s most valuable company, which got about 60% of revenue from its hydrocarbon-fueled energy operations for the year ended March. The push comes at a critical time, as rival tycoons including India’s second-richest man, Gautam Adani, are doubling down on their green initiatives amid a broader policy directive by the Narendra Modi-led government.

Energy giants around the world are coming under pressure from socially conscious investors to improve their environmental policies and move toward a low-carbon future.

Reliance last year set itself a target of becoming a net-zero carbon company by 2035 – a shorter time frame compared to the 2050 cut-off self-imposed by many of its global peers including BP and Royal Dutch Shell.

Mukesh Ambani’s group bought its first cargo of carbon-neutral crude oil in February and said it was looking for more such partnerships. The greenhouse gas emissions involved in the extraction, processing and shipping of such cargos have been offset by the crude oil suppliers.

“Reliance can’t stay away” from this broader trend when even the traditionally oil-dependent economies including Saudi Arabia are boosting their green initiatives, according to Kranthi Bathini, chief market strategist at WealthMills Securities in Mumbai. “Such a change is going to be inevitable for the conglomerate.”

The Adani-led conglomerate is also raising its game in clean energy goals. Adani Green Energy agreed last month to buy SoftBank Group’s $3.5 billion renewable power business in India, in a bid to achieve its goal of having 25 gigawatts of renewable power capacity by 2025. The green focus has led to a share rally with Adani Green jumping more than 570% and Adani Total Gas by 712% since the beginning of last year.

Government officials have been debating whether to set a goal to cut India’s greenhouse gas emissions by 2050 to zero, a decade before China.

Reliance, however, will have to balance its priorities as it pursues cleaner energy goals on one hand and seeks to create a partnership with Aramco, Saudi Arabia’s state-owned oil exploration company, on the other.

Mukesh Ambani’s appearance at the forum came as the country recovers from a devastating second wave of coronavirus infections that gave it the world’s fastest-surging Covid-19 outbreak.

“I believe this pandemic will not be the last health crisis that humanity has seen,” Mr Ambani said in the interview. He added the primary challenges now were to “get rid of the vaccination divide” and a digital access divide as more people are forced to stay home to work and study in a pandemic-hit world.

Reliance Jio Infocomm, aims to close this access gap and boost connectivity, which according to Mukesh Ambani is now akin to a basic need. “The digital divide must be bridged,” he said. “Both among nations and within nations.”