Home News What Kapil Dev’s Mother Told Him About Victory, Told To Us By Ranveer Singh 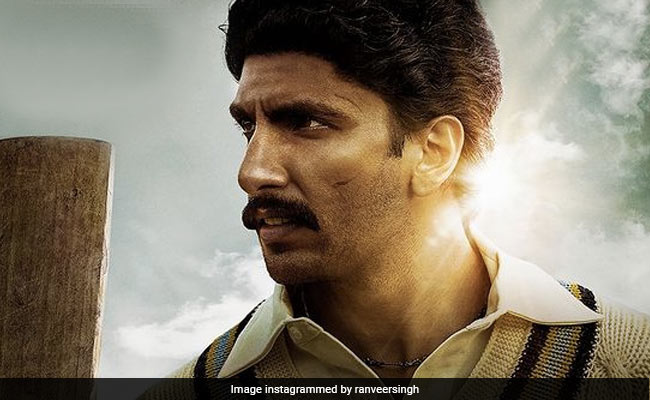 A day before unveiling the trailer of his much-awaited movie ’83, Ranveer Singh shared a new poster of the Kabir Khan-directed film along with an inspiring quote by Kapil Dev. Ranveer Singh plays the role of the cricket legend in ’83 while Deepika Padukone features as Kapil Dev’s wife Romi in it. In the new promotional poster, Ranveer Singh looks intense, dressed in his jersey and holding a bat in one hand. The other half of the poster shows his teammates running on the field in their respective jerseys with big smiles on their faces. Sharing the poster, Ranveer Singh added a quote by Kapil Dev: “‘Bachpan se meri mumma mujhe sirf ek hee cheez kehti aayi hai – Beta jeet ke aana, koi best of shest of luck nahi. Bas jeet ke aana‘ – Kapil Dev, 1983″ and announced the trailer release date: “#83Trailer out tomorrow.”

’83 will open in theatres on December 24 this year in Hindi, Tamil, Telugu, Kannada and Malayalam. It is based on India’s World Cup win in 1983 and stars Ranveer as Kapil Dev, also called “Haryana Hurricane” for his excellent game techniques.

On Sunday too, Ranveer Singh shared a poster featuring himself and Saqib Saleem, Amy Virk and Tahir Raj Bhasin among others from their film and began the countdown to the trailer launch like this: “‘Like people says, taste the success once… tongue want more.’ – Kapil Dev, 1983. 2 Days To #83Trailer.”

Last week, the makers of ’83 took the Internet by storm by unveiling the teaser of the film. Check it out here: