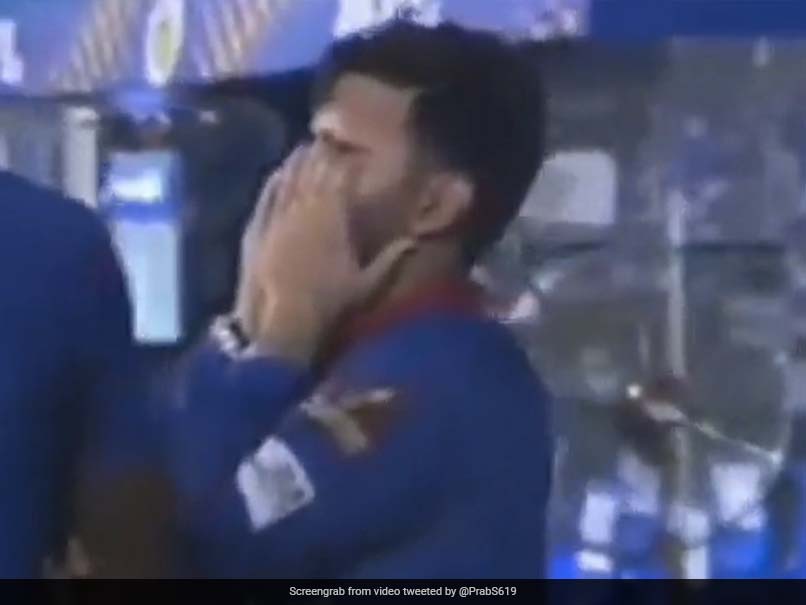 Delhi Capitals (DC) were left crestfallen after a heartbreaking defeat to Kolkata Knight Riders (KKR) in the Indian Premier League (IPL) 2021 Qualifier 2 at the Sharjah Cricket Stadium in Sharjah on Wednesday. After staring at defeat for most of KKR’s innings, DC came back in the death overs of the game with some disciplined bowling to put KKR on the back foot. The Eoin Morgan-led side, chasing 136, needed 13 runs from the last four overs but a mini-collapse saw KKR needing six runs from the last two balls.

With Ravichandran Ashwin taking back-to-back wickets and on a hat-trick in the penultimate delivery of the game, it seemed like DC would pull off a memorable comeback.

However, KKR’s Rahul Tripathi had other plans and he hit a six off Ashwin to hand KKR victory and a spot in the final.

While the KKR camp celebrated the victory, the manner of DC’s defeat left their players devastated.

DC skipper Rishabh Pant and opener Prithvi Shaw were visibly upset by the loss and both were seen wiping off tears.

Shaw went down to the ground in tears and was picked up and consoled by teammates as an emotional Pant watched on from the sidelines.

DC coach and former Australia captain Ricky Ponting was seen offering a few words of consolation to Pant as he wrapped his arms around the 24-year-old Indian.

Earlier, DC posted 135/5 in 20 overs, with Shikhar Dhawan top-scoring with 36. KKR were cruising in response, propelled by the opening partnership of 96 runs.

Shubman Gill’s 46 and Venkatesh Iyer’s 55 helped put KKR in a strong position before DC fought back to take the game to the last over.