Home News Virgil Abloh, Designer Who Brought Street To The Catwalk, Dies At 41 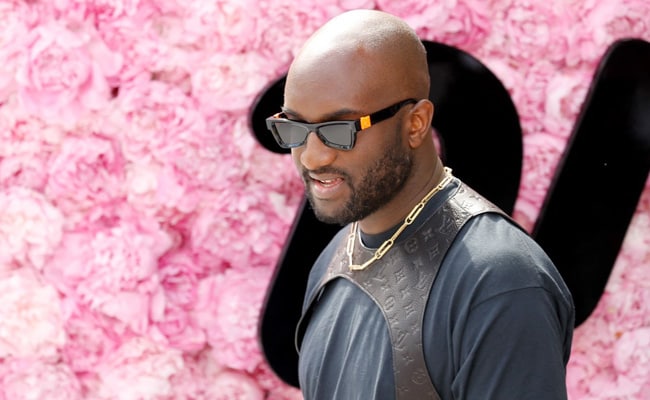 Virgil Abloh had worked closely with Kanye West before he became a fasion designer. (File)

Iconic fashion designer Virgil Abloh died on Sunday after battling cancer for over two years. The 41-year-old, who was the creative director for Louis Vuitton menswear and founder of the label, Off-White, had “a rare, aggressive form of cancer, cardiac angiosarcoma”, stated an announcement on his official Instagram page. Abloh’s greatest contribution, perhaps, is the way in which he brought streetwear to the ramps. He is widely regarded as the pioneer of luxury streetwear.

Virgil Abloh was born on September 30, 1980, to Nee and Eunice Abloh, Ghanaian immigrants. He was born outside of Chicago in Rockford, Illinois. He did not study fashion but civil engineering at the University of Wisconsin-Madison and received a master’s degree in architecture from the Illinois Institute of Technology. He learnt the basics of fashion from his mother, “a seamstress”, stated an obituary in The New York Times.

Virgil Abloh wore many hats — architect, DJ, furniture designer, engineer. He was also a well-known personality in the field of rap. He had designed the covers for Kanye West and Jay-Z’s joint album Watch the Throne and Kanye West’s My Beautiful Dark Twisted Fantasy among others.

Before becoming a fashion designer, Virgil Abloh had worked closely with Kanye West, who he had met at the age of 22. When Kanye West negotiated a deal for a sneaker collaboration with Louis Vuitton in 2009, he and his team, which included Virgil Abloh, travelled to Paris for fashion week and became the buzz of the season.

In 2013, Virgil Abloh launched Off-White — a luxury streetwear brand — and, in 2018, he was named head of menswear design at Louis Vuitton. He was Louis Vuitton’s first black designer and the fashion industry’s most visible black designer. The French fashion house’s parent company, LVMH (Louis Vuitton Moet Hennessy), described Virgil Abloh as a “genius designer” and a “visionary”. In a statement, LVMH chief executive Bernard Arnault said, “The LVMH family joins me in this moment of great sorrow and we are all thinking of his loved ones after the passing of their husband, their father, their brother or their friend.”

LVMH, Louis Vuitton and Off White are devastated to announce the passing of Virgil Abloh, on Sunday, November 28th, of cancer, which he had been battling privately for several years. pic.twitter.com/CytwZLvSFu

Recently, he was promoted to a new position within LVMH that would allow him to work across the group’s 75 brands. In 2018, Time magazine had even named him one of the most influential people of the year.

“They Should Be Spoken Of In The Same Breath”: Dinesh Karthik Draws Parallel Between Ravichandran Ashwin And Kapil Dev