Home News Turkey Lashes Out At US, Russia After Syria Attacks 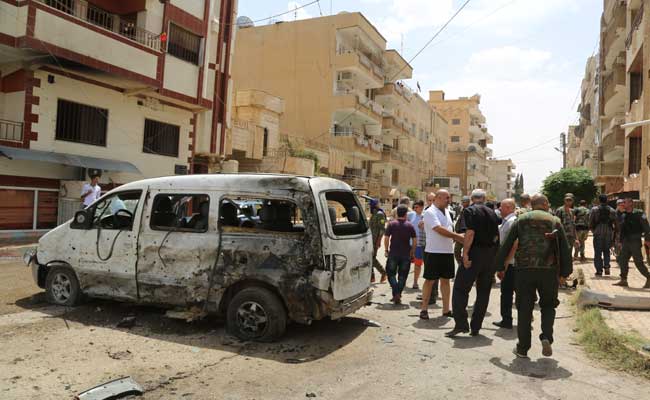 Turkey on Wednesday said the United States and Russia bore responsibility for a spate of deadly attacks on its border with Syria, stressing that Ankara reserved the right to self-defence.

President Recep Tayyip Erdogan warned on Monday that Turkey had “no patience left” with Syrian-based Kurdish militias it blames for cross-border rocket strikes and attacks against its personnel.

Foreign Minister Mevlut Cavusoglu on Wednesday accused the US and Russia of failing to adequately police a buffer zone in northern Syria, set up under two agreements in 2019, and aimed at pushing the Kurdish forces away from Turkey.

“Unfortunately, Russia and the United States also bear responsibility for the latest attacks aimed at civilians and the police,” Cavusoglu told a televised news conference.

“We will do whatever is needed to cleanse the terrorists from those regions.”

Turkey has blamed the reported attacks on Kurdish People’s Protection Units (YPG), which Ankara views as the Syrian branch of the outlawed Kurdistan Workers’ Party (PKK).

Washington relied heavily on the YPG to defeat Islamic State group jihadists who overran large swathes of Syria and neighbouring Iraq in 2014.

The PKK is proscribed as a terrorist organisation by the US and EU. Ankara wants Washington to cut its ties with the YPG and fully back Turkey’s campaigns in Syria.

Turkey’s official Anadolu news agency said two special forces officers were killed and two wounded when their armoured personnel carrier was hit by a guided missile fired by the YPG in northern Syria on Sunday.

The US embassy on Tuesday expressed condolences to the officers’ families and condemned reported mortar attacks fired from Syria at Turkey’s south-eastern border district of Karkamis.

But Cavusoglu said the US message showed “insincerity” since Washington had armed and trained the YPG.

“You are providing them with arms and then making a statement for show only. The insincerity is obvious there,” he said, referring to Washington.

“They do not stick to their promises, therefore we will do what’s necessary for our security.”

The Turkish lira this week touched historic lows against the dollar and euro on market fears of a new Turkish military operation in Syria.