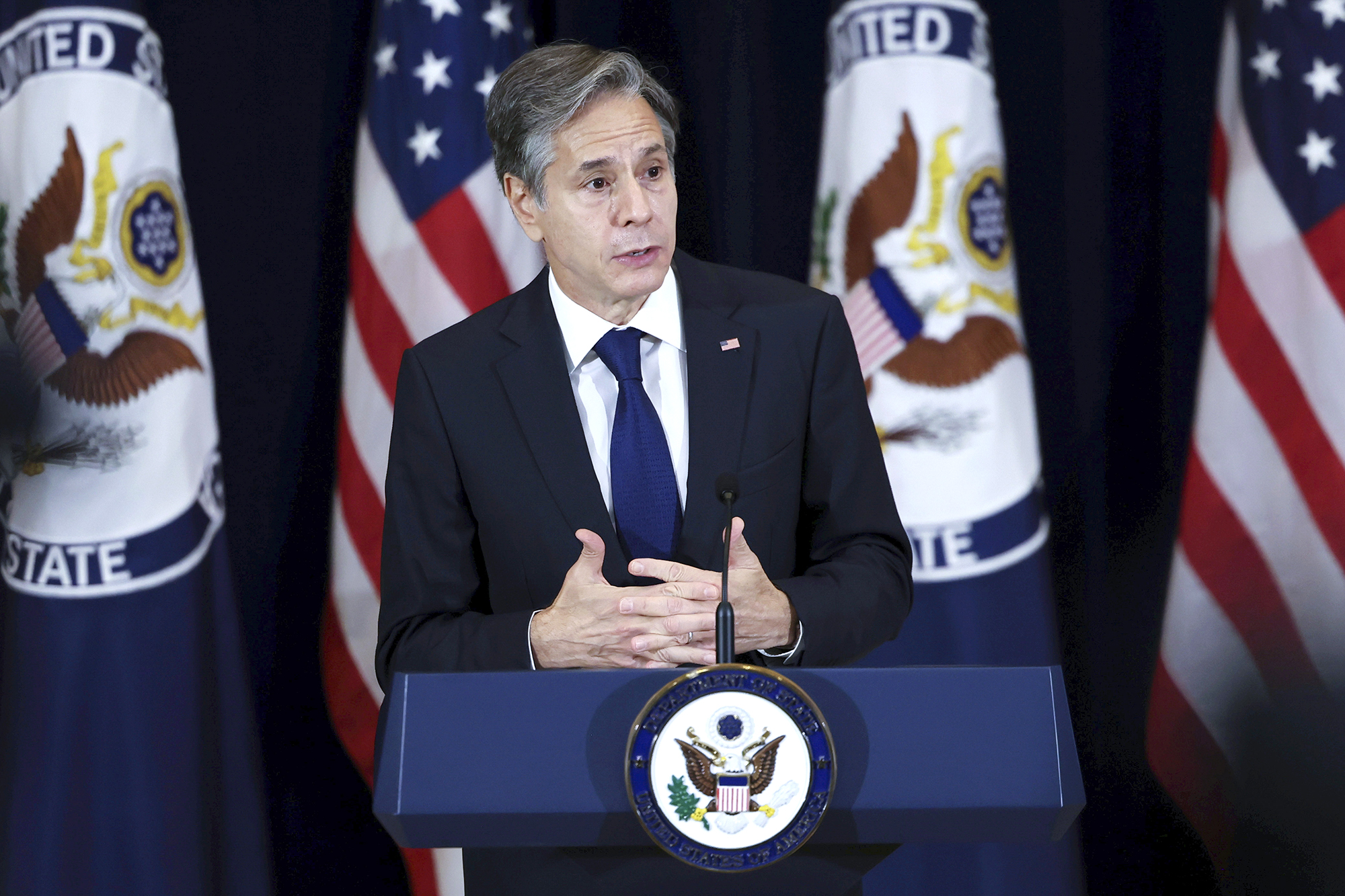 Congress got its first chance to question Team Biden about the Afghanistan catastrophe Monday, when Secretary of State Antony Blinken testified before the House Foreign Affairs Committee. All it got was “Blame Trump.”

Taking cues from his boss, Blinken refused to take any responsibility for the Americans and allies left behind, while comically claiming the Taliban have an “incentive” to do President Joe Biden’s bidding.

Time and again, Blinken robotically insisted it was President Donald Trump’s Taliban deal that forced this administration into an ill-planned exit that left the terrorist group well-armed and in control of the country. “As a result” of that agreement, Blinken said in his opening, “upon taking office, President Biden immediately faced the choice between ending the war or escalating it.”

Not true. Biden made that decision long before he entered the White House. In fact, he ran on it, promising to “end the forever wars in Afghanistan and the Middle East,” as his campaign Web site put it.

Under questioning, Blinken hedged. Yes, he admitted, Biden wanted to withdraw. “But not necessarily in the time, place and way he did, which was imposed by that agreement,” Blinken said. “We inherited a deadline. We did not inherit a plan.”

Another lie. Trump’s deal said the United States would remove its forces from Afghanistan by May 1, 2021, if conditions were met. Biden extended it, choosing Sept. 11 in expectation he could deliver a boastful “peace in our time” speech on the 20th anniversary of the attacks that provoked the war. And he knew well before the end, as he admitted to Afghan President Ashraf Ghani, that the Taliban were winning. The argument that there wasn’t enough time to get Americans and allies out just doesn’t hold water.

Later, Blinken actually bragged that Biden made a decision “that none of his predecessors made,” to end the Afghan war. So how again is everything Team Trump’s fault?

Along the way, our secretary of state ignored a question from Chairman Gregory Meeks (D-Queens) on how many green-card holders are still stranded in Afghanistan; when Rep. Lee Zeldin (R-Suffolk) later pushed him, he said the “best estimate” was “several thousand” — but had no real idea of the actual number.

He also kept insisting the “international community” will hold the Taliban to account. Never mind that he and his boss ignored our allies when they begged for an extension to get their own citizens and allies to safety. Bizarrely, he pretended the international community’s “expectations” require every government to uphold “basic rights.” What of China? Iran? Team Biden is desperate to strike deals with both human-rights abusers.

Blinken’s pathetic blame game makes it clear he’s not up to the task of representing a strong America to the world. But then again, his boss isn’t either.