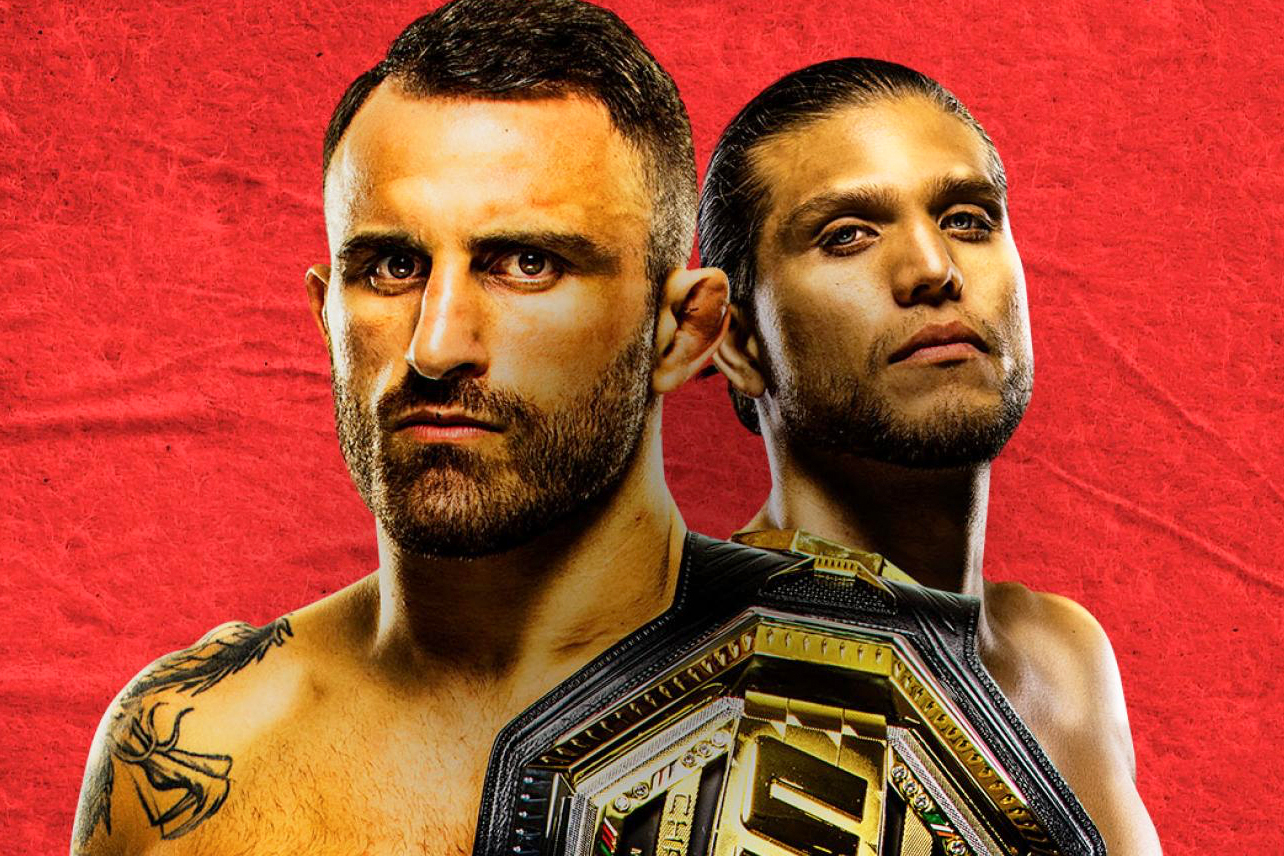 Let’s get ready to rumble! Live from the T-Mobile Arena in Paradise, Nevada, Alexander Volkanovski defends his featherweight championship against Brian Ortega in the main event of UFC 266.

Entering the octagon at 22-1, Volkanovski hasn’t been defeated since May of 2013, losing to Corey Nelson at Australian Fighting Championship 5. Ortega (15-1), ranked second in UFC’s featherweight rankings, was last defeated by Max Holloway in December of 2018 at UFC 231. If you’re planning on making a bet on any of tonight’s UFC fights, ESPN’s new series The UFC 266 Betting Show will stream live on ESPN’s MMA YouTube channel beginning at 5:00 p.m. ET.

Also on the card, Valentina Shevchenko defends her flyweight title against Lauren Murphy, Nick Diaz returns to UFC to battle Robbie Lawler, and Curtis Blaydes and Jairzinho Rozenstruik will settle their differences in the octagon. What time does UFC 266 start? How can you watch UFC 266 live on ESPN+ or Hulu? Here’s everything you need to know.

WHAT TIME DOES UFC 266 START TONIGHT?

Along with Volkanovski vs. Ortega, the main card includes the following bouts:

A full UFC 266 fight card is available on the UFC website.

UFC 266 is exclusive to ESPN+, so if you’re looking to stream this event, non-ESPN+ subscribers will need to sign up for ESPN+ (monthly or annual) and then purchase UFC 266, as PPVs are only available to ESPN+ subscribers.

You’ll need an active subscription to both Hulu and ESPN+ (individual plans start at $6.99/each or you can purchase the Disney Bundle) and then you’d buy the event through ESPN+. Once you do that, you stream UFC 266 directly through the Hulu app, Hulu.com, or any supported devices. Again, per Hulu, only subscribers who have signed up for the standalone ESPN+ add-on or who subscribe to The Disney Bundle will be able to access ESPN+ content in the Hulu app.

You can visit Hulu’s UFC page for additional information.

The preliminary bouts will be available to stream on ESPN+, ESPN News, and UFC Fight Pass. You can also watch UFC 266’s preliminary bouts on ESPN.com (with a cable login), the ESPN app, or with an active subscription to Sling TV, Hulu + Live TV, YouTube TV, or fuboTV.