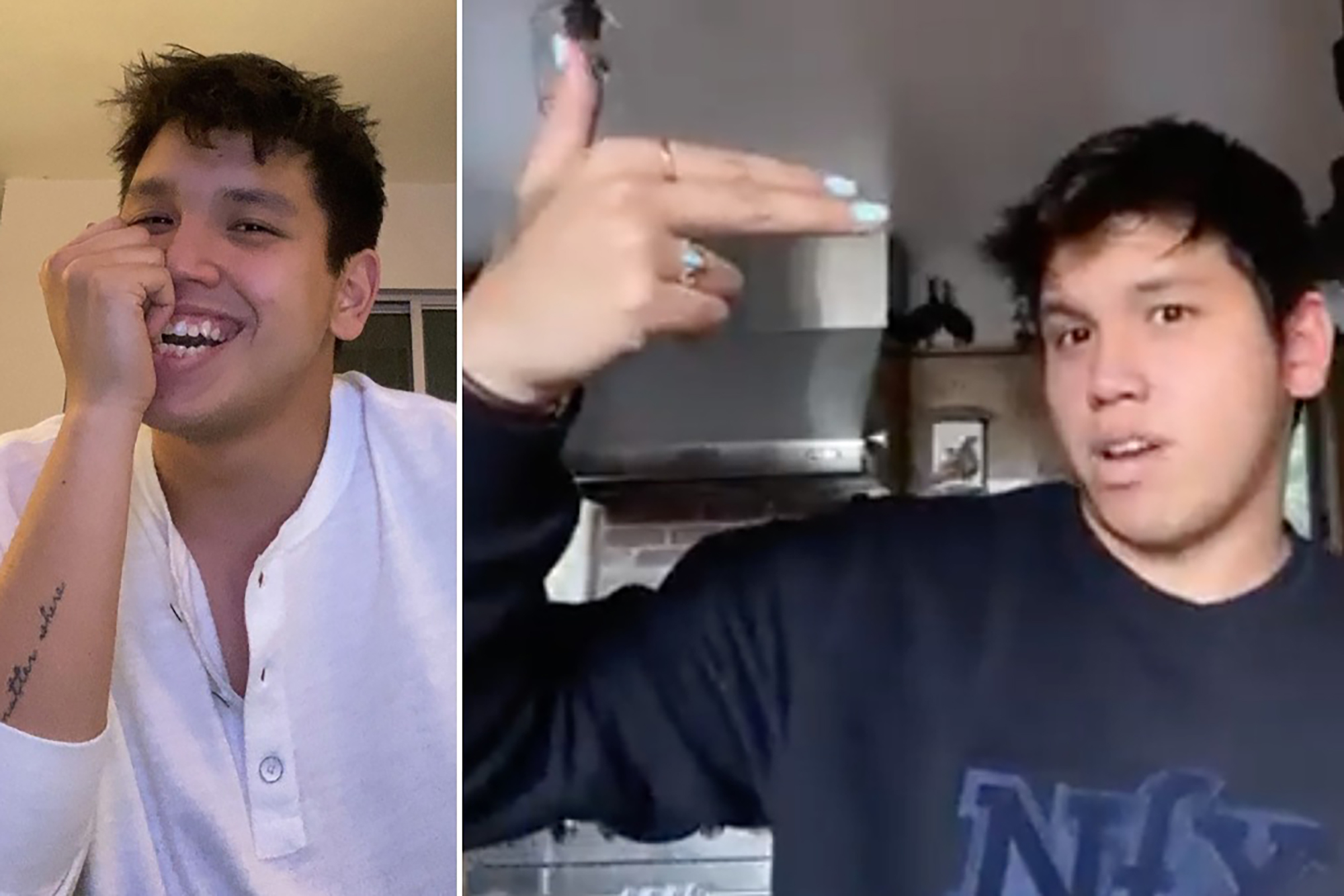 He almost had a very different kind of livestream.

Australian TikTok superstar Clinton Kane claims his trip to the Bay Area went horribly awry after he was allegedly robbed at gunpoint while visiting San Francisco.

“Hey guys. just got to San Francisco to film for the album and in an hour of being here we had a gun pointed to our faces and everything was stolen so this trip is going QUITE GREAT,” Kane — a 22-year-old singer-songwriter with 1.5 million followers on TikTok — wrote in an Instagram post describing the adrenaline-pounding encounter, along with a video depicting his broken-into vehicle.

The stickup occurred occurred Friday while the Tokfluencer and his friends were in San Francisco shooting a music video and documentary for a new album, ABC 7 reported. They had parked in the Marina District for lunch, whereupon Kane said he noticed two men breaking into his car and making off with his crew’s gear.

The star — who’s had more than 100 million streams of his music online and is known best for his hit song “I Guess I’m In Love” — and two pals decided to chase the thieves, who reportedly pulled firearms on them. The incident ended with the vocalist and his buddies fleeing back to the restaurant.

“It was very scary having a gun held to my face for the first time in life,” Kane told the San Fran TV news outlet.

“I was peeing my pants, very aggressively. Not actually, but in my head I was. It was very weird, very confusing,” Kane continued. “I don’t really know what was going through my head at the time. I had so much adrenaline and so much confusion and just so much shock.” (Content warning: The video embedded below contains some strong language.)

Thankfully, no one was injured during the ordeal, although Kane did have $30,000 worth of equipment taken from his car. As of yet, there’s no word as to whether the social media celeb or his friends filed a police report.

The Aussie artist has since joked that he’s “never coming back to San Francisco.”

Unfortunately, the city by the bay has been plague by thefts as of late. Last week, Walgreens announced it was closing five more San Francisco locations, as drug stores from the Bay Area to the Big Apple are besieged by rampant shoplifting.

According to cops and prosecutors, San Fran shoplifters have been emboldened by a referendum that lowered the penalty for stealing goods worth less than $950 from a felony to a misdemeanor.