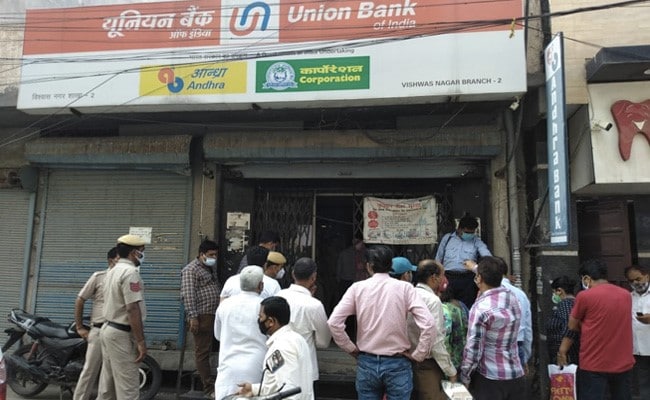 As news of the robbery spread, worried customers lined up outside the bank

An incident of theft was reported at a branch of Union Bank of India in Delhi’s Shahdara area on Sunday when a few men decamped with Rs 55 lakh in cash, the police said Monday.

The thieves entered the bank by breaking through the walls of an under-construction building next to it, they said.

They made a run with the cash the bank had collected from depositors on Friday and Saturday, the Delhi Police said, reported news agency ANI. All the lockers and jewellery which were in the other part of the bank are safe, they said.

As news of the audacious heist spread, worried customers lined up outside the bank.

“Many of our relatives have their accounts with the bank at this branch. They had come here in the morning and found out about the theft and informed us. Even we have accounts here, accounts that are linked with our business, and are worried. We have not been given any details by the management,” a customer said.

Police officials were seen at the site Monday morning examining the hole the thieves had drilled to make their way into the bank through the wall of the under-construction building.

The CCTV camera installed inside the bank premises has caught one of the thieves, the police said. They are yet to ascertain how many were involved in the theft.

Hunt is on to identify and arrest all involved in the crime, the police said.