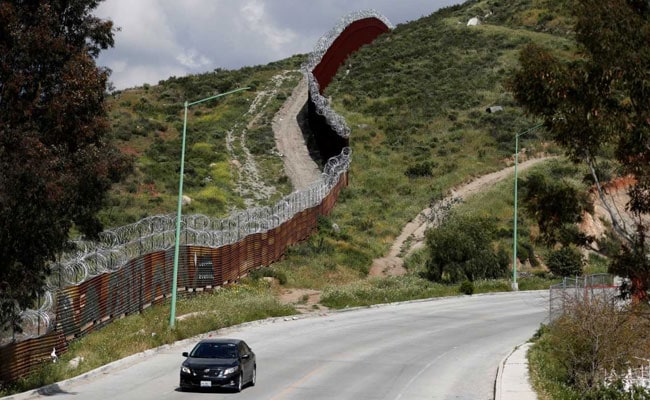 Trump, during his 2016 poll campaign, had vowed to build a wall across US southern border (File)

Texas will announce plans next week to build a wall along its border with Mexico, the US state’s governor Greg Abbott has said.

The Republican politician said he wanted a resumption of the work launched under former president Donald Trump and which stopped on the first day of President Joe Biden’s term.

Abbott did not provide details about his plans for the wall, and there are lingering doubts about the feasibility of the project in Texas, since part of the land on the border belongs to the federal government or to individuals.

The governor also told a press conference late Thursday he would introduce a series of measures to strengthen police resources to detain people who cross the border illegally.

Trump sparked anger during his 2016 election campaign when he branded Mexican migrants “rapists” and drug dealers, and vowed to build a wall across the southern US border.

Mexico hailed Biden’s order to halt construction of the fence.

“Promises made, promises kept,” was the slogan the White House rolled out when Trump visited Texas in January, just before leaving office, to mark the completion of more than 400 miles of border wall.

In reality, a third of the border already had a wall or some form of barrier before Trump came to power, and the work under his administration mainly consisted of improvements or reinforcements on existing structures.

The detention of migrants on the US border with Mexico reached its highest level in 15 years in March, and Biden critics accused him of downplaying the situation.