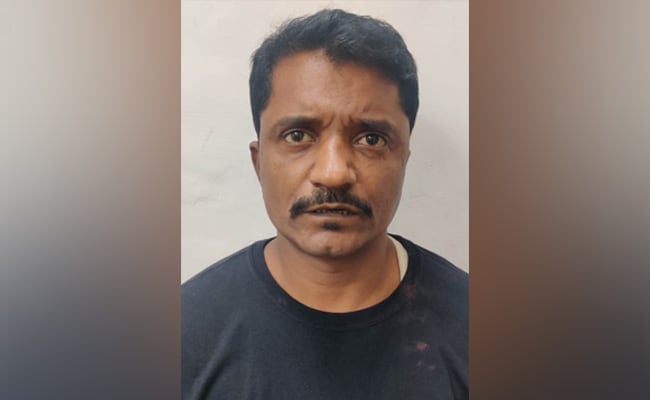 Jaan Mohammad Sheikh was caught by the Delhi Police when he reached Kota, officials said

The Maharashtra Anti-Terrorism Squad (ATS) today claimed that terror suspect Jaan Mohammad Sheikh, arrested along with five others by the Delhi Police, had links with the ‘D-Company’ about 20 years back.

‘D-Company’ is a term used to refer to the underworld crime syndicate controlled by fugitive don Dawood Ibrahim.

The Delhi Police’s Special Cell on Tuesday busted a Pakistan-organised terror module with the arrest of six men, including two Pak-ISI trained terrorists, officials had said.

The terrorists were allegedly planning several blasts across the country, including in Delhi, Uttar Pradesh and Maharashtra, during Ganesh Chaturthi, Navratri and Ramleela, they said.

Of the six arrested men, Sheikh (47) is from Mumbai and his family – living in the city – was questioned and his home was searched by the Mumbai Police and the Maharashtra ATS on Tuesday after his arrest became public.

The police had also said that Pakistan-based Anees Ibrahim, the brother of Dawood Ibrahim, was connected with the underworld operatives to help execute the terror plan.

On Wednesday, Maharashtra ATS chief Vineet Agarwal told reporters that Sheikh was a “henchman of the D-Company” and followed directions “from the other side of the border” when he was connected with them.

The official said they have come across a link between Sheikh and the D-Company almost 20 years old. The underworld has “zero presence” now, the official stressed.

A case had been registered against Sheikh by the Pydhonie police in south Mumbai (at that time) in connection with firing and vandalism in the city, the official said, adding that like the other accused, Sheikh was on the police’s radar.

On September 13, Sheikh boarded the Golden Temple train (from Mumbai) to go to Hazrat Nizamuddin (in Delhi), but was caught by the Delhi Police when he reached Kota in Rajasthan, the state ATS official said.

During a search of his belongings, no weapon, explosive or gelatin was found, he said.

“Our team will be going to Delhi to question Sheikh and also share (related) information with the Delhi police. We do not have a copy of the FIR (registered against him by Delhi Police). So we cannot reveal more. We will only come to know from the Delhi Police what information they exactly have and what was the conspiracy (of the terror suspects),” he said.

The official further said the Maharashtra ATS has been given a free hand by state authorities to deal strictly with those involved in terror activities and in this case.

According to the police, Osama and Qamar are Pakistan-trained terror operatives working under the instructions of Pakistan’s Inter-Services Intelligence (ISI). They were tasked to conduct the reconnaissance of different suitable locations in Delhi and Uttar Pradesh for placing IEDs (improvised explosive devices), the police had earlier said.

The Delhi Police had also said that Sheikh, an underworld operative and a close contact of Anees Ibrahim, was tasked by a Pakistan-based person, connected with the underworld operatives and hiding in Pakistan, to ensure smooth delivery of IEDs, sophisticated weapons and grenades to different entities in India.