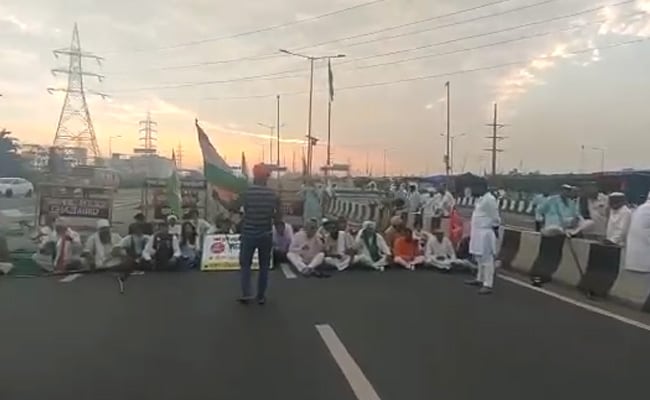 Supreme Court asked farmer unions to respond within 3 weeks on the issue of blocking roads for protests.

The Supreme Court today said farmers protesting at Delhi borders against the three farms laws have the right to protest but they cannot block roads indefinitely. It gave farmer unions three weeks to respond on the issue.

A bench headed by Justice SK Kaul said it was not against the right to protest even when the legal challenge is pending but ultimately some solution has to be found.

“Farmers have right to protest but they cannot keep roads blocked indefinitely. You may have a right to agitate in any manner but roads should not be blocked like this. People have right to go on roads but it cannot be blocked.” the bench also comprising Justice MM Sundresh said.

The Supreme Court asked the farmer unions, who have been arrayed as parties in the case, to respond within three weeks on the issue and posted the matter for hearing on December 7.

The Supreme Court was hearing a plea filed by a Noida resident Monicca Agarwal complaining of delays in daily commute caused due to the road blockade owing to the ongoing farmers’ protests.

Farmers have been camping at Delhi borders to demand that the three farm laws be rolled back.

Pope Francis denounces populism in visit to Greece
2 mins ago