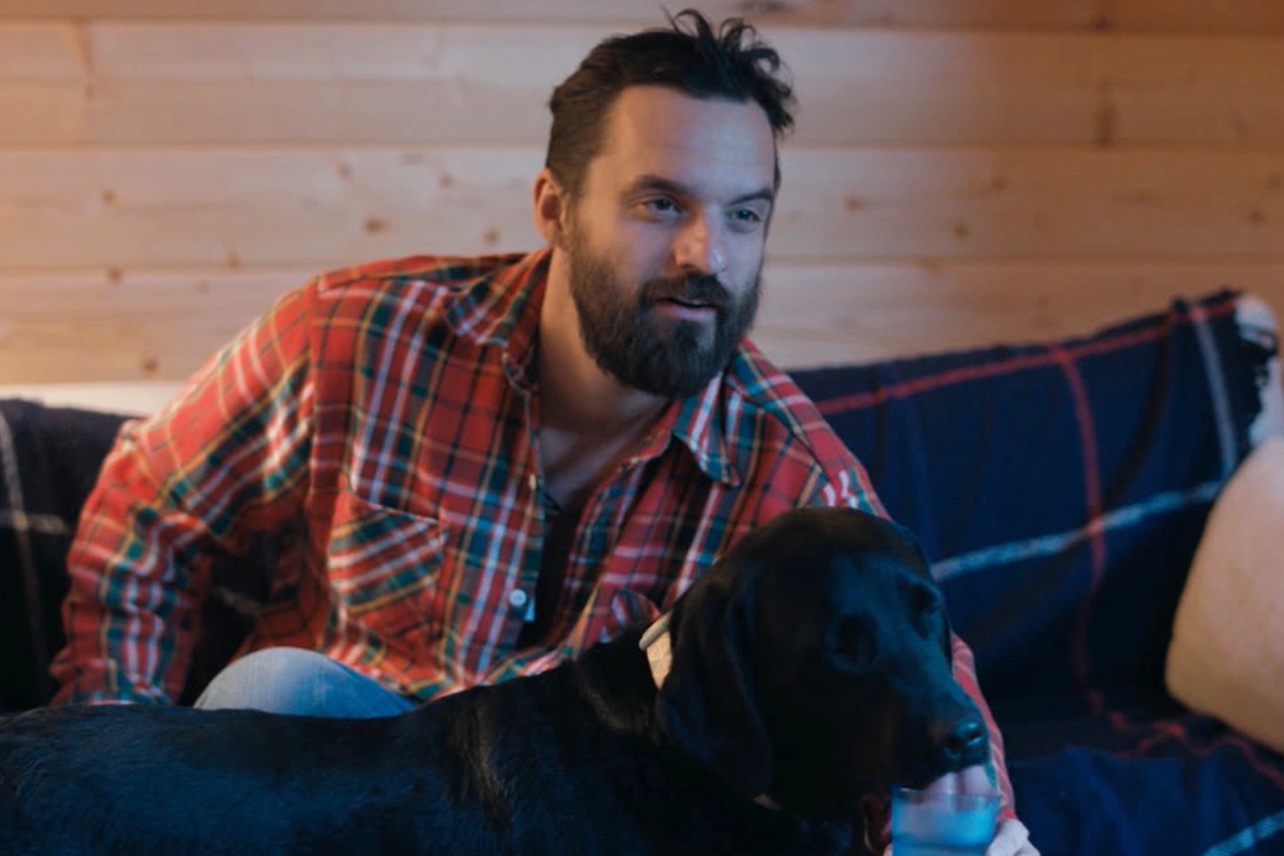 Now on Hulu, Ride the Eagle is a mini-New Girl reunion, with star Jake Johnson once again working with recurring series director Trent O’Donnell. The film came together mid-pandemic — they collaborated on a script, talked Susan Sarandon and J.K. Simmons into supporting roles and shot it quick and dirty under strict Covid protocol, pre-vaccine. The result is somewhat stereotypical indie quirk in which Johnson plays an aimless overall-clad bongo player who’s set to inherit his long-estranged mother’s home, but only if he jumps through a bunch of annoying hoops as laid out in her will — with sweet, surprisingly funny results.

‘RIDE THE EAGLE’: STREAM IT OR SKIP IT?

The Gist: Honey (Sarandon) was a nut — past tense. She’s dead now. Cancer. She wouldn’t accept any treatment. She abandoned her son Leif (Johnson) when he was 12 so she could join a cult, and now, I’ll say it again, he’s an aimless overall-clad bongo player, so it clearly psychologically crippled him. She left him her very nice cabin-home up in the mountains, where she spent her life painting goddamn awful pictures and paying surely a lot of money for this place, who knows how. Leif ventures up there in his busted-ass Econoline van and finds nunchucks and a bullwhip in his mother’s bedroom, and her cupboards jammed with bags and bags and jars and jars of weed. Oh, and he finds her videotaped will stating that his inheritance is contingent upon him completing a series of tasks, all of which seem designed to bust him out of his deep slacker rut.

Those tasks include breaking into an unidentified person’s house and leaving a note, killing and eating his own food, calling “the one that got away,” etc. Leif doesn’t have much going besides band practice — I’m not sure if I’m happy or sad that we don’t get to see one of these surely incredible-slash-terrible musical sessions — so he starts fulfilling her dying wishes. Most notably, he calls his ex, Audrey (D’Arcy Carden), and their banter is so witty, you just want them to get it over with and reconvene for smoochy nookietime.

Meanwhile, the person whose house Leif was pretty much in no way obligated to break into seems to be stalking him, lightly terrorizing him in amusing ways. That person is sure to make their presence known soon enough. Oh, and Leif’s companion the whole way is Nora, a black lab who’s sweet and cute and lends some adorable Dog Vibes to all the movie’s little tender, sad moments. So does Leif get the house? No spoilers, but really, what’s going to happen — Honey goes zombie, emerges from the grave and takes the keys away if he doesn’t follow her from-beyond-the-grave instructions?

What Movies Will It Remind You Of?: Ride the Eagle is kind of Lynn Shelton Lite — it’s in the same vein as talky-funny mumblecore dramedies like Your Sister’s Sister or the Duplass Bros.’ Jeff Who Lives at Home.

Performance Worth Watching: Despite a typically strong J.K. Simmons moment that carries a decent share of Ride the Eagle’s emotional weight, and a lightly loony Sarandon appearing wholly on VHS tape — someone cast these two as a bickery couple in a dialogue-heavy comedy, please — the real standout here is Carden (of The Good Place fame), who lights a comedy firecracker under the movie’s hindquarters.

Sex and Skin: None. TBATCPTF: Too Busy Adhering To Covid Protocol To F—.

Our Take: Ride the Eagle is conceptually ridiculous, but pretty funny in execution. It’s a little gimmicky, and is yet another movie about a man-child on a long arrested-development arc — although it’s more subtle than, say, That’s My Boy. Johnson and O’Donnell’s screenplay keeps it afloat with effective bits of comedy and poignancy. It doesn’t lean on cute-dog reaction shots or go for the easy jokes; it’s smarter than that, maintaining a breezy tone and avoiding maudlin traps as Leif deals with complicated feelings, the passing of a mother he barely knew, a mother who’s trying to atone for her past mistakes with some posthumous parenting.

The movie has a little light something to say about grief and personal growth, bandies around a handful of solid jokes, soaks in the gorgeous NorCal rugged-mountain scenery a bit, then calls it a day. Nothing too heavy, nothing too wacky. It’s a nice, small-scale character piece, a little contrived and a little predictable, but not unforgivably so. It looks nice and feels nice. It’s not going to change the world — it simply offers a few laughs, a tear or two and plenty of warmth. It’s a good movie, a nice movie, and I mean that earnestly.

Our Call: Ride the Eagle is a diverting and satisfying bit of optimism that goes down easy. It sets modest goals, and meets them. STREAM IT.

John Serba is a freelance writer and film critic based in Grand Rapids, Michigan. Read more of his work at johnserbaatlarge.com.