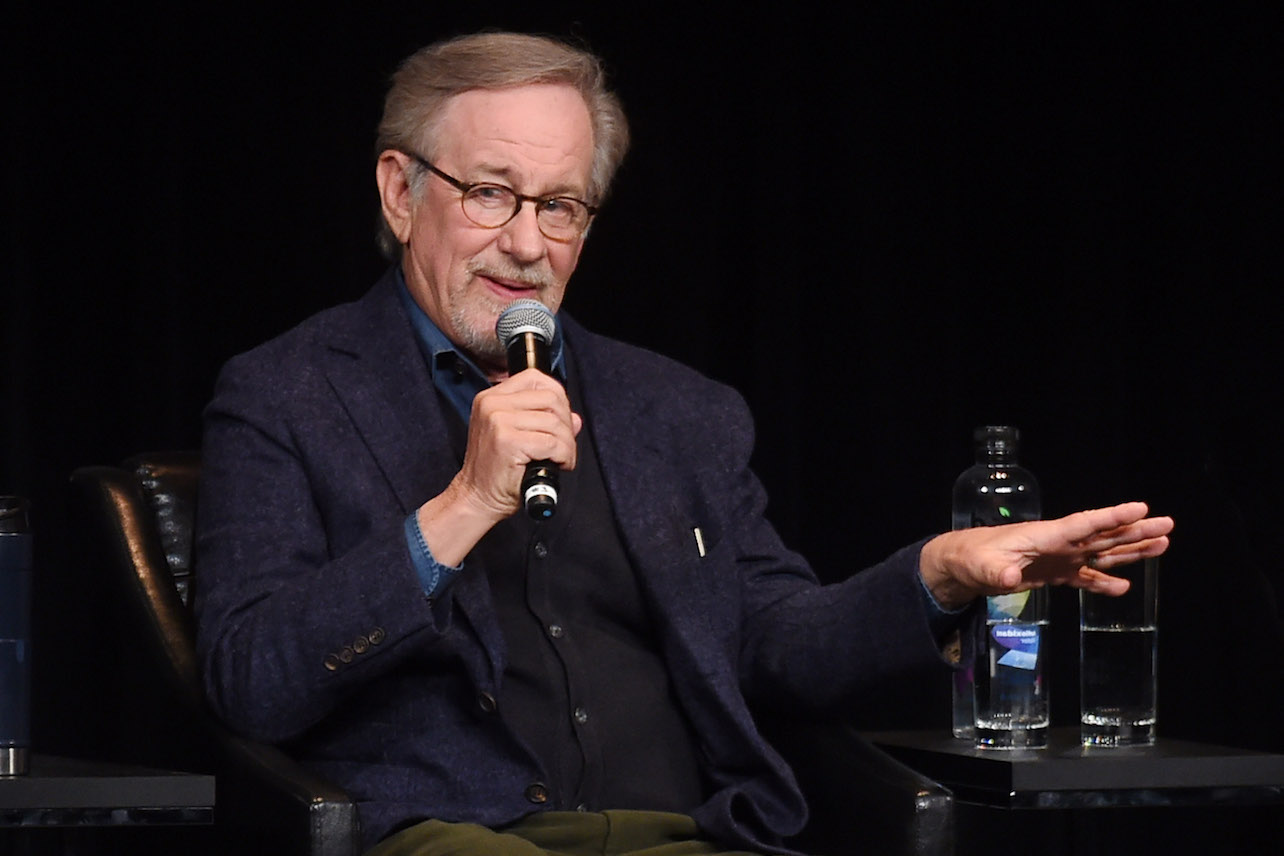 Can we accept Steven Spielberg and Netflix as a happy couple, or are the pair still unfit for one another? Yesterday (June 21), Netflix and Spielberg announced they had finally put their past behind them, signing a deal to make multiple films under the director’s Amblin Productions banner. But Spielberg has a long history with the mega-streamer, with a lot of mixed messages from both parties, as well as subtweeting, Oscar beef, and more. So is Steven Spielberg a hypocrite? Has Netflix backed down? Let’s break down the complicated history between Spielberg and Netflix.

It all started back in March of 2018. Before he fully took on Netflix, Spielberg made a handful of comments rejecting the notion that streaming films should compete in Academy Awards season. Instead, the director seemed to suggest that they were Emmy eligible, calling them “TV movies.”

“I don’t believe that films that are just given token qualifications, in a couple of theaters for less than a week, should qualify for the Academy Award nominations,” Spielberg said at the time. “Fewer and fewer filmmakers are going to struggle to raise money or to compete at Sundance and possibly get one of the specialty labels to release their films theatrically. And more of them are going to let the SVOD businesses finance their films, maybe with the promise of a slight, one-week theatrical window to qualify for awards. But, in fact, once you commit to a television format, you’re a TV movie.”

Then the feud began in earnest in early 2019 when Netflix’s Roma was nominated for a score of Oscars. Spielberg was an advocate for its competitor, Green Book, a Universal film with an in-theater release (that eventually won the Oscar for Best Picture). Around the same time, the legendary director made some thinly-veiled digs at the streamer. While still lauding television, he stressed the need for movies with theatrical experiences.

“I hope all of us really continue to believe that the greatest contributions we can make as filmmakers is to give audiences the motion picture theatrical experience,” Spielberg said while accepting an award at the Cinema Audio Society Awards. “I’m a firm believer that movie theaters need to be around forever.”

Things only escalated after the 2019 Oscar season concluded, with Roma nabbing awards like Best Director and Best Foreign Language Film. Spielberg was serving as an Academy Governor representing the directors branch of the Oscars, and he was reportedly set to campaign against Netflix. Eager to support rule changes when it came to streaming films at the Oscars, Spielberg apparently set out to make sure another Netflix film like Roma couldn’t dominate at the competition.

“Steven feels strongly about the difference between the streaming and theatrical situation,” an Amblin spokesperson explained at the time. “He’ll be happy if the others will join [his campaign] when that comes up [at the Academy Board of Governors meeting]. He will see what happens.”

Netflix shot back with a subtweet just a few days after Spielberg opened up about his “campaign.” Netflix listed out all of the amenities the platform offers, like giving filmmakers “more ways to share art.”

“We love cinema,” the streamer wrote, rattling off what makes the platform different from movie theaters, like access for those who can’t afford theaters and allowing everyone to enjoy releases at the same time. “These things are not mutually exclusive.”

We love cinema. Here are some things we also love:

-Access for people who can’t always afford, or live in towns without, theaters
-Letting everyone, everywhere enjoy releases at the same time
-Giving filmmakers more ways to share art

These things are not mutually exclusive.

Just when it seemed the fight couldn’t get any tenser, a close friend of Steven Spielberg jumped in to clear the air. Colleague Jeffrey Katzenberg, the man behind Shrek and Quibi, set the record straight, saying that the “feud” was actually just one big misunderstanding.

“I talked to Steven about this yesterday. I asked him very specifically — I don’t have any skin in this game anymore — he said, ‘I absolutely did not say that,’” said Katzenberg while speaking on a panel at South by Southwest on March 8, 2019. “He actually said nothing.”

Katzenberg continued to explain why the feud was “twisted,” saying that there was no campaign with the Academy and that Spielberg hadn’t aligned himself either way.

“What happened is a journalist was onto a story about this and had heard a rumor about Steven,” Katzenberg said. “They called a spokesperson to get a comment and honestly, just twisted it around. One, Steven didn’t say that, and two, he is not going to the Academy in April with some sort of plan. But he has not opined at all, nor has he aligned with some specific thing.”

Jump forward two years, and Netflix and Spielberg are officially working together. So does that mean Spielberg is all in on the Netflix model? Not necessarily. Even if Spielberg is officially working with Netflix, he may still prescribe to the belief that Netflix films are “TV movies,” therefore rendering them ineligible for Oscars. In fact, he may just be looking to create TV movies, ready to enter them in the Emmy Awards instead of the Oscars. Or perhaps, like Katzenberg suggested, the original feud was just a “rumor.” Either way, Netflix and Spielberg are now financially tied together — whether that makes Spielberg a “hypocrite” or not is up to audiences.

“At Amblin, storytelling will forever be at the center of everything we do, and from the minute Ted [Sarandos] and I started discussing a partnership, it was abundantly clear that we had an amazing opportunity to tell new stories together and reach audiences in new ways,” enthused Spielberg in a statement. “This new avenue for our films, alongside the stories we continue to tell with our longtime family at Universal and our other partners, will be incredibly fulfilling for me personally since we get to embark on it together with Ted, and I can’t wait to get started with him, Scott, and the entire Netflix team.”