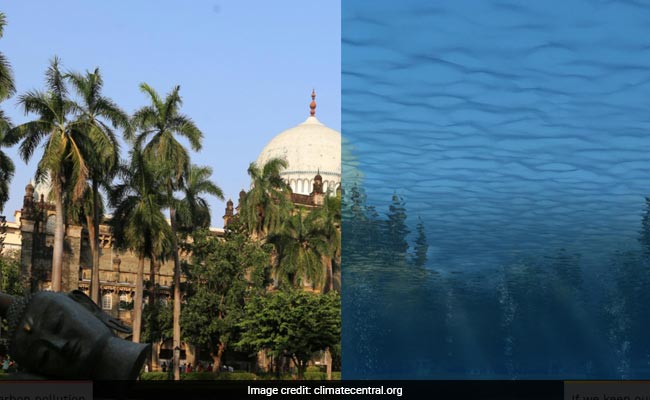 Climate Central has released a set of stark, interactive images that show what will happen to some of the most iconic landmarks across the world if the climate change crisis is not tackled. Climate Central is a nonprofit news organization that analyses and reports on climate science. Their latest research shows that under the current emissions pathway leading toward 3 degrees Celsius global warming, about 50 major cities around the world will lose most of their area to “unremitting sea level rise lasting hundreds of years”. Several of the world’s most iconic structures will be underwater in the coming years if global warming is allowed unchecked, their research shows.

Parts of Asia face the greatest overall exposure, the environmental campaign group said, adding that China, India, Vietnam, and Indonesia are all in the top five countries most at risk from long-term rise.

The peer-reviewed research in collaboration with researchers at Princeton University and the Potsdam Institute for Climate Impact Research in Germany allowed Climate Central to develop powerful visual tools to showcase the impact of this projected sea level rise.

The images below show projected future sea levels at Chhatrapati Shivaji Maharaj Vastu Sangrahalaya in Mumbai, also known as the Prince of Wales Museum. Users can toggle between a number of scenarios, look at current conditions and compare where water levels could end up after 1.5 degrees Celsius of warming vs up to 3 degrees Celsius, if we allow unchecked carbon pollution.

However, it’s important to note that the timing of rise is difficult to project: these sea levels may take hundreds of years to be fully realised.

Climate Central worked with visual artist Nickolay Lamm to create photorealistic illustrations of the projected sea level rise. Besides Mumbai, this visual tool explores the impact of climate change at 180 locations around the world.

According to Climate Central, the scenarios showing 1.5 degree of warming is possible only if we make “deep and immediate” cuts to climate pollution.

“Higher levels of warming will require globally unprecedented defenses against flooding or force abandonment in scores of major coastal cities worldwide,” the report claims. “If we limit the warming to 1.5°C through strong compliance with the Paris Agreement, these consequences may be limited to a handful of locations.”