Squid Game Season 2? Series Worth $900 Million To Netflix So Far 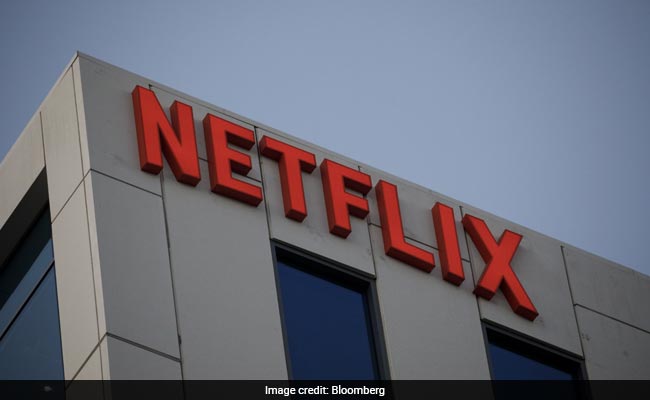 Netflix estimates that its latest megahit, “Squid Game,” will create almost $900 million in value for the company, according to figures seen by Bloomberg, underscoring the windfall that one megahit can generate in the streaming era.

Netflix differs from movie studios and TV networks in that it doesn’t generate sales based on specific titles, instead using its catalog and a steady drumbeat of new releases to entice customers every week. But the company does have a wealth of data concerning what its customers watch, which the company uses to determine the value derived from individual programs.

“Squid Game” stands out both for its popularity, and its relatively low cost. The South Korean show, about indebted people in a deadly contest for a cash prize, generated $891.1 million in impact value, a metric the company uses to assess the performance from individual shows. The show cost just $21.4 million to produce — about $2.4 million an episode. Those figures are just for the first season, and stem from a document that details Netflix’s performance metrics for the show.

The document underscores just how successful this one show has been for Netflix, and offers the clearest picture yet as to how the world’s most popular online TV network judges the success of its programming. Netflix has released self-selected viewership metrics for a handful of TV shows and movies, but it doesn’t share its more detailed metrics with the press, investors or even the programs’ own creators. Guessing the popularity of a given show has become something of a parlor game in Hollywood, even as Netflix has begun to release data in dribs and drabs.

An attorney representing Netflix said in a letter to Bloomberg that it would be inappropriate for Bloomberg to disclose the confidential data contained in the documents that Bloomberg had reviewed. “Netflix does not discuss these metrics outside the company and takes significant steps to protect them from disclosure,” the attorney said.

Some of the figures are self-explanatory, and mirror data that Netflix and other services already report. About 132 million people have watched at least two minutes of “Squid Game” in the show’s first 23 days, smashing the Netflix record set by “Bridgerton.” The two-minute figure is the one Netflix releases to the public for some shows.  The company said 111 million people had started the show earlier this month, but that was based on data that is a bit older.

While Netflix has disclosed the number of people who start a show, it has yet to disclose how many people stuck around to watch more of the show (stickiness) or how many people finished the series (completion rate). Linear TV networks report the average number of people who watch a program for its duration, which makes the Netflix two-minute numbers look inflated by comparison.

In the case of “Squid Game,” Netflix estimates that 89 per cent of people who started the show watched at least 75 minutes (more than one episode) and 66 per cent of viewers, or 87 million people, have finished the series in the first 23 days. All told, people have spent more than 1.4 billion hours watching the show, which was produced by closely held Siren Pictures.

The viewership details are likely to cheer investors, who have regained enthusiasm for Netflix after several bumpy months, partly because “Squid Game” has been so popular. The company reported its slowest pace of subscriber additions since 2013 in the first half of the year, and blamed the paucity of new hit shows for some of its struggles. It also blamed the coronavirus for slowing TV and movie production. Its stock has declined for much of the year, and trailed the market.

But shares in the company have climbed nearly 7 per cent since the release of “Squid Game” on Sept. 17, valuing the company at $278.1 billion. Even investors critical of the company expect it will either lift its performance in the third quarter or its forecast for the fourth quarter – if not both.

“We think Netflix has found a sound and profitable strategy with its content internationalization efforts, with ‘Squid Game’ a perfect example,” Michael Pachter, an analyst with Wedbush Securities, wrote in an Oct. 14 note. Pachter has been Netflix’s loudest skeptic among Wall Street analysts. “This and its ‘Seinfeld’ launch in Q4 should provide a solid cushion.’

Some of the metrics seen by Bloomberg are more idiosyncratic, and it’s impossible to glean from the document what data Netflix uses to calculate each formula. “Squid Game” scored 353 points in adjusted view share, or AVS, which reflects not just how many people watched it but how valuable those viewers are considered. (An AVS of more than 9 or 10 is already considered high.) Viewers who are new customers or use Netflix less often are viewed as more valuable because that suggests those shows are a reason they haven’t canceled.

AVS is where Netflix’s evaluation of a show begins, according to current and former employees, and the impact value figure is an estimate of a show’s lifetime AVS.

What makes “Squid Game” even more valuable is how popular it is relative to its low cost. The show cost less than a recent Dave Chappelle special, or just a couple episodes of “The Crown.” Netflix measures this using a metric called efficiency, which measures viewership (or AVS) relative to cost. The show has a mark of 41.7x in efficiency, according to the document, when an efficiency of 1x is considered solid. Chappelle’s “Sticks & Stones” was 0.8x, as Bloomberg reported this week.

News
Omicron spreads to six more US states, bringing total to 11
38 seconds ago
0 2

Omicron spreads to six more US states, bringing total to 11
38 seconds ago

This Keto System helped a woman drop 31 lbs. in four weeks
19 mins ago