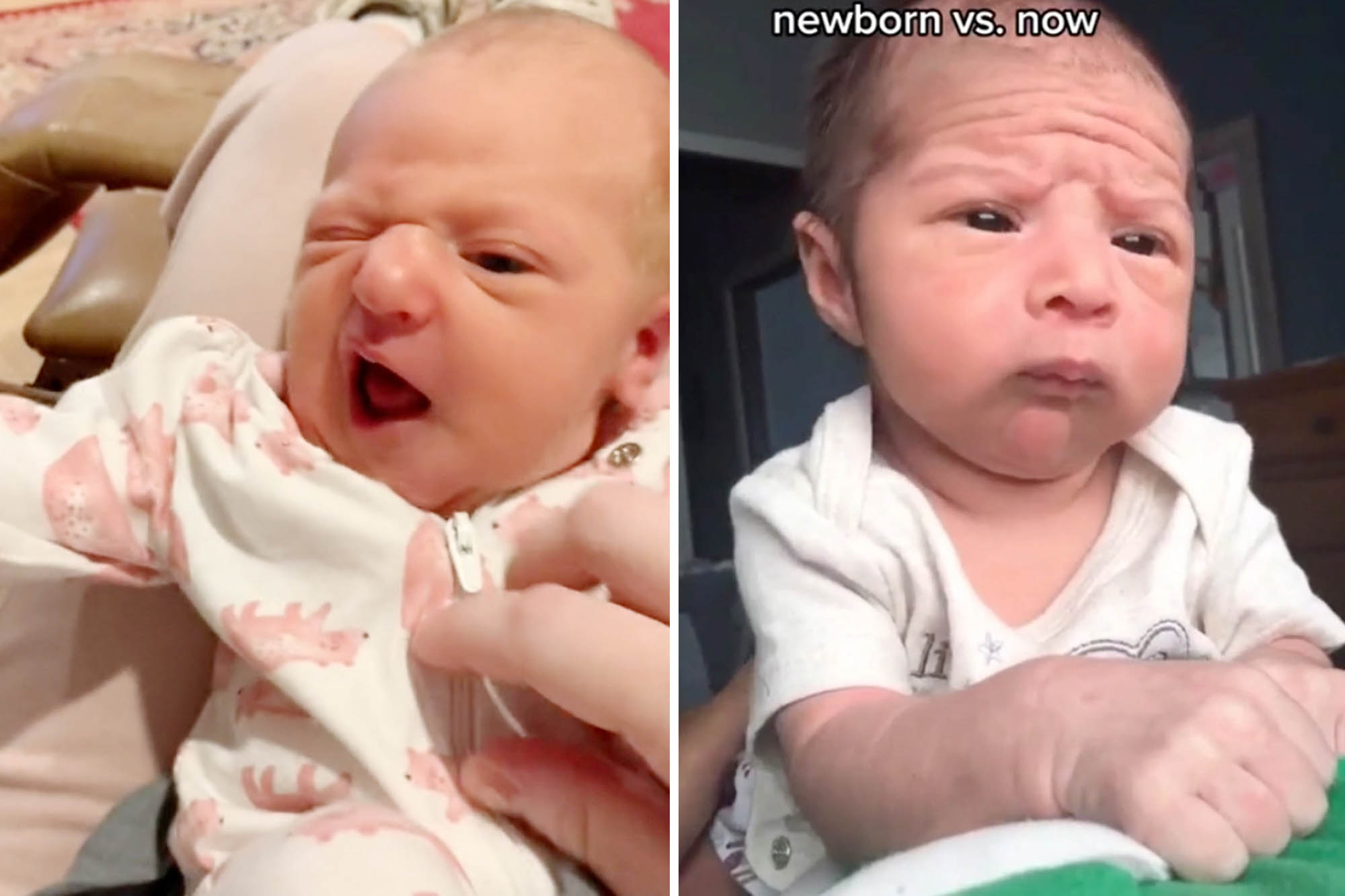 Being Gerber baby cute may be more difficult than you think.

TikTok’s latest trend, the “Ugly Baby Challenge,” has moms flooding the app with faces only a mother could love. Specifically, photos of their babies at their worst moments — poking fun by sharing their newborn photos and how ugly they apparently once looked.

Each video follows the same formula: Backed by the comical piano track from ABBA’s “Chiquitita,” the women either post a photo of themselves pregnant or with their spouse, with a captioned variation of the question, “Would you tell me if you thought our baby was ugly?” The spouse then basically responds, “Yes, but our child will be beautiful,” which is followed by a quick montage of their baby as a newborn, and their not-so-cute in appearance.

Not only are the children’s mothers roasting them, but TikTok users are commenting how they wholeheartedly agree with the mothers — and take the opportunity to poke even more fun at the babies. Some of these mothers are getting upwards of 1 million likes and views.

As the most viewed video under the “ugly newborn challenge,” user @arusso_xo received a lot of comments either agreeing with her or reassuring her that her baby was, in fact, very cute.

“He looks like he’s made of clay 😭😭 .” one TikTok user commented, while another said they were freaked out by the montage, specifically that “the first picture scared [them].”

But one baby fan called her offspring “so cute and precious” and was joined by another who reassured the parents that “he was cute 🥰 just made weird facial expressions😂 .”

Others were eager to share their thoughts with @amberperreria about which famous movie characters they believed Amber’s baby resembled. “Gollum, but cute,” noted one, with another adding, “Looks like baby grinch in the best way 🥰 so stinking cute.”

Meanwhile, @therossfamily3 had users mocking her daughter’s appearance because viewers thought she looked like an old woman. “how is she 40 year old and 4 months at the same time?” one offered, while another followed with, “she just asked me for a cigarette and my change.”

Another commenter even joked, “Yours is already paying rent and everything 😂 .”

After @bellamower shared photos of her sassy-seeming daughter, commenters commented about her attitude, asking, “so mad and for what hahaha” suggesting Bella’s daughter was targeting them and other viewers, writing, “she is judging you!!!😳 ” and “I feel like she’s mocking me 😂 .”

Some mothers aren’t even adhering to the trend’s formula and just exposed their babies’ first impressions.

User @thewilsonffamily19 showed off her newborn twins in a viral video, prefacing that she did, in fact, cry in horror when she first met her twins.

Mothers who participated did clarify that, with time, their babies’ appearances did improve and they, well, grew into their looks.

User @arusso_xo posted a follow-up video of her son, showing how he grew and transformed into a very “HANDSOME” baby. (It apparently was just rough going for him during the newborn stage.)