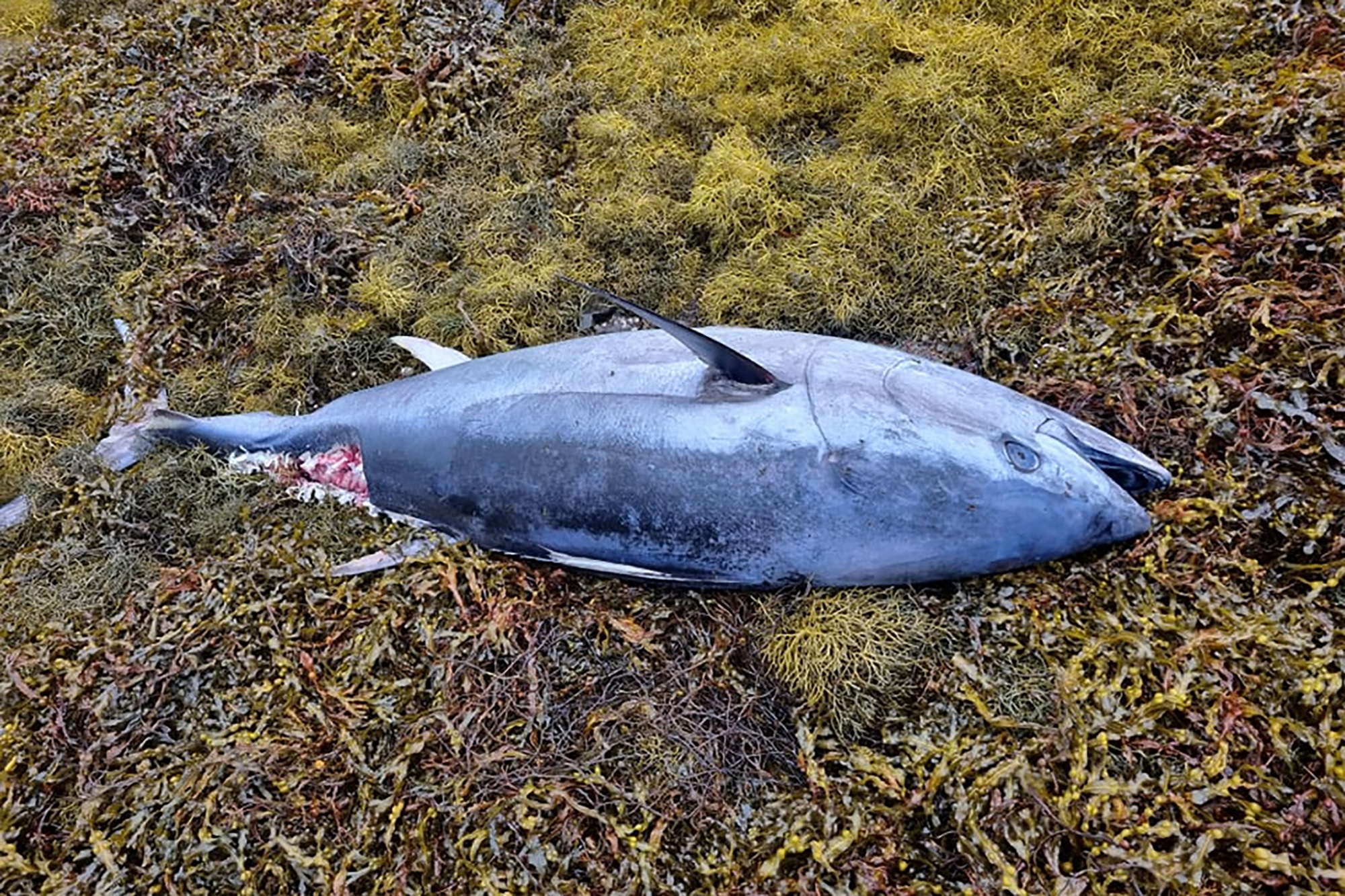 This is something you literally don’t see every day.

A rare fish was found washed up on a beach in the United Kingdom. This particular fish isn’t commonly found in that area, prompting some experts to speculate that changing ocean temperatures may be causing the species to migrate.

Joline Kohne found an Atlantic Bluefin tuna while she was driving to work in the Highlands, Southwest News Service (SWNS) reports.

“I was driving to work and I saw this guy standing on the beach looking at something,” the 28-year-old waitress told SWNS. “He said it must have been hit by a boat because there was a bit of its tail missing. I was perplexed because it’s a sea loch but it’s very far inland.”

Kohne initially speculated that the fish may have been caught by a fishing boat and then thrown overboard.

“I was confused to see it so far inland but we see dolphins here as well so it seems like bigger fish are coming in more often,” she explained. “It’s quite strange to see one that size. That’s about $133 worth of fish.”

The Atlantic Bluefin tuna were previously common in the United Kingdom, but they have since migrated to other areas.

John Hourston, founder of the Blue Planet Society, spoke with SWNS about the discovery of the fish.

“To see them wash up on the shore of a sea loch is new to me,” he said. “We’re increasingly seeing these massive fish and it’s a wonderful sight. Unfortunately, that one is dead, it’s thought to have been predated on by a seal or hit by a boat.”

He continued, “It’s due to warming and linked to climate. The Atlantic multidecadal oscillation is a warming which oscillates – it comes and goes. The reason tuna were around in the North Sea and other areas up to about the 1960s is linked to this changing temperature in the Atlantic.”

Hourston thinks this may be a more common occurrence in the coming years.

“It may be that we have Bluefin tuna fish here to stay,” he said.