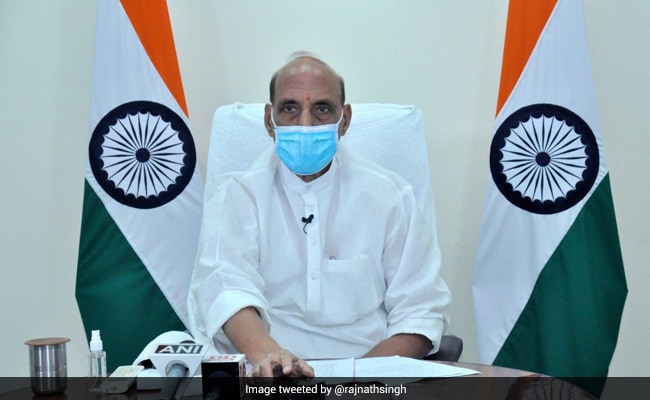 Defence Minister Rajnath Singh has approved budgetary support of nearly Rs 499 crore for research and innovation in the defence sector for the next five years.

The Defence Ministry on Sunday said the funds will be used to provide financial support to nearly 300 start-ups, micro, small and medium enterprises (MSMEs) and individual innovators with a larger goal of ensuring self-reliance in the defence sector.

The scheme is in sync with the government’s push to cut imports of military hardware and weapons and make India a hub for defence manufacturing.

“Defence Minister Rajnath Singh has approved the budgetary support of Rs 498.8 crore to Innovations for Defence Excellence (iDEX)-Defence Innovation Organisation (DIO) for the next five years,” the ministry said in a statement.

It said the iDEX-DIO has the primary objective of self-reliance and indigenisation in the defence and aerospace sector.

The ministry said the setting up of the iDEX framework and establishment of the DIO by the Department of Defence Production (DDP) is aimed at creating an ecosystem to foster innovation and technology development in the defence and aerospace sector.

“The scheme, with budgetary support of Rs 498.8 crore for the next five years, is aimed at providing financial support to nearly 300 start-ups/MSMEs/individual innovators and 20 partner incubators under the DIO framework,” the ministry said.

It said the DIO will enable the creation of channels for innovators to engage and interact with the Indian defence production industry.

“The scheme aims to facilitate rapid development of new, indigenised and innovative technologies for the Indian defence and aerospace sector to meet their needs in shorter timelines,” it said.

In the last couple of years, the government has unveiled a series of reform measures and initiatives to make India a hub of defence manufacturing.

In May last, the government announced increasing the FDI limit from 49 per cent to 74 per cent under the automatic route in the defence sector.

India is one of the largest importers of arms globally.

The government now wants to reduce dependence on imported military platforms and has decided to support domestic defence manufacturing.

The ministry has set a goal of a turnover of $25 billion (Rs 1.75 lakh crore) in defence manufacturing in the next five years that included an export target of $5 billion (Rs 35,000 crore) worth of military hardware.