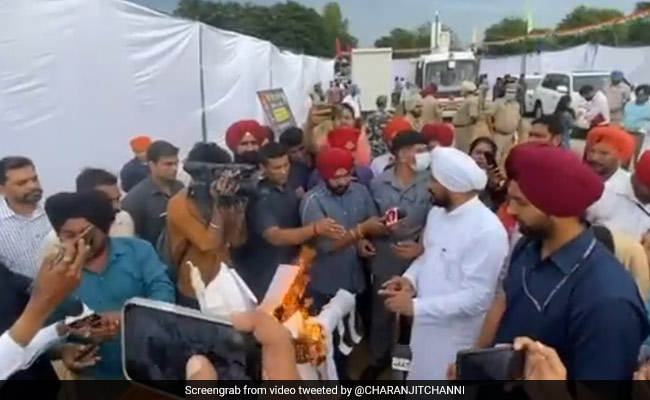 Punjab Chief Minister Charanjit Singh Channi today burnt copies of power bills as a symbol of their waiver. “We promised and we delivered,” he tweeted as the Punjab government’s decision to waive off the unpaid electricity payments was put into effect today.

The waiver will put an additional burden of Rs 1,200 crore on the state exchequer.

The Punjab cabinet has also decided to waive water bill arrears of consumers in urban and rural areas.

The waivers, one of the poll promises of the new Chief Minister, hold significance as they come ahead of the state assembly polls next year.

Mr Channi had earlier said that disconnected electricity connections of consumers who could not pay their bills will also be restored without any penalty.

He also said that after touring villages and towns, he came to know that the biggest grievance of people was related to power bills.

“There are 53 lakh consumers who have up to 2 kW load in the state. Their arrears till their last bill will be waived. The arrears may be of months or years that will be borne by the state government,” he had said in a reply to a question.