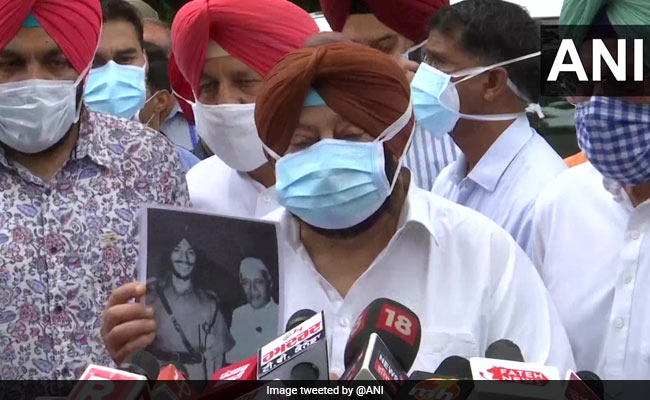 Milkha Singh was a son of the soil who rose to international fame and brought several laurels for the country in the Asian and Commonwealth Games, thereby making his countrymen, especially the Punjabis, proud, Punjab Chief Minister Captain Amarinder Singh said today.

Condoling the death of the legendary athlete, Captain Singh directed a state funeral for Mr Singh who died yesterday at the age of 91 due to post-Covid complications in Chandigarh. He was being treated at the city’s Post-Graduate Institute of Medical Education and Research.

His death came five days after his wife Nirmal also died due to similar causes.

“We’re giving him a state funeral in Punjab and have declared a one-day holiday. It’s a great loss for all of us. Younger generations will get inspired by him,” Captain Singh told the media today at the late sportsman’s residence in Chandigarh.

“We’re also going to have Milkha Singh chair at the Sports University, Patiala,” he said.

Earlier, the Chief Minister had tweeted: “Upset and saddened to hear of Milkha Singh Ji’s demise. It marks the end of an era and India and Punjab are poorer today. My condolences to the bereaved family and millions of fans. The legend of the Flying Sikh will reverberate for generations to come. Rest in peace Sir!”

Have directed that Late Milkha Singh Ji will be given a State Funeral by our Government. Also Punjab will observe one day of State mourning as a mark of respect to the departed legend. pic.twitter.com/V5ewngTO0j

Popularly referred to as the “Flying Sikh”, Milkha Singh made his name in the track and field, winning four gold medals at the Asian Games. He also won a gold at the 1958 Commonwealth Games in Cardiff.

Due to Covid restrictions, only 50 people are allowed at funerals in Chandigarh.