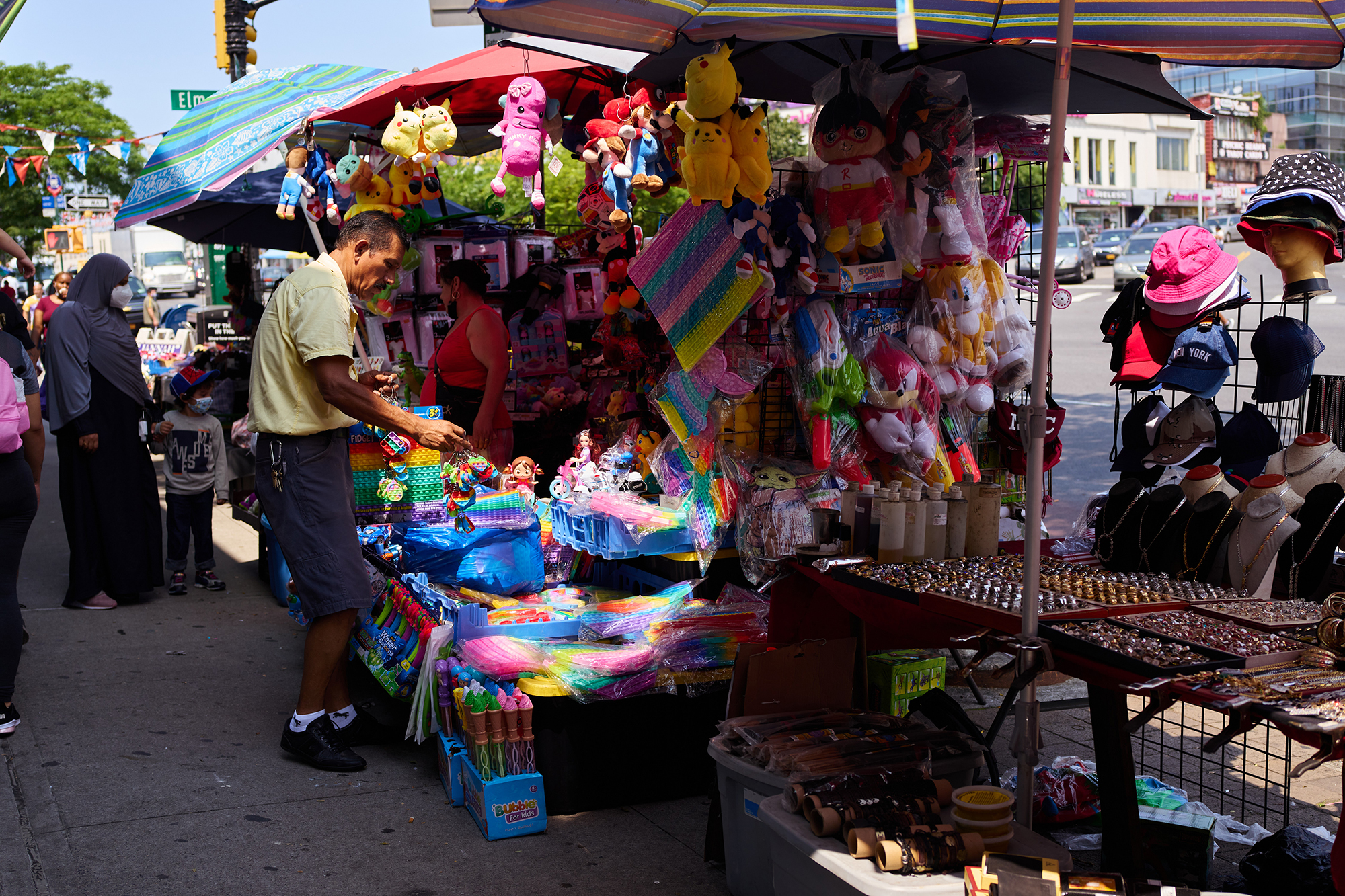 A year after being hit by gangs of looters, the mainly mom-and-pop storeowners on Fordham Road in The Bronx are besieged by hundreds of illegal street peddlers and hustlers. They can thank City Councilwoman Margaret Chin, who seems to think their nightmare is a dream.

Chin (D-Manhattan) sponsored the law that moved vendor enforcement from the NYPD to the toothless city Department of Consumer Affairs and Worker Protections.

In March, Chin’s law not only raised the cap on the number of legal street vendors, but also decriminalized illegal vending and permanently moved enforcement to Consumer Affairs, whose inspectors don’t even have the authority to make peddlers show ID.

As a result, illegal peddlers are clogging streets from Brooklyn to Staten Island and Queens. Street vendors holding proper city permits also complain about the flood of unlicensed peddlers jostling with them for street space.

A Post investigation found that from January to July, citywide 311 complaints about illegal vending jumped 14 percent over the same period in 2019 (pre-pandemic).

Chin doesn’t just dismiss the disastrous effects of her law, she says the unlicensed, unregulated and unaccountable vendors should be left alone. Legal shopowners “should also try to see these are small businesses, too. They’re micro-businesses. They should really work with them and help them,” she piffled, while admitting the city should “kind of get rid of” the outlaw vendors. How, exactly, without cops?

Brick-and-mortar merchants pay rent and taxes and comply with the city’s endless regulations; many qualified as essential businesses as they served hospital workers and first responders in the dark depths of COVID. Yet they’re still hurting financially, and the illegal peddlers (who sometimes outnumber the shops) are killing their business.

And it may get worse: A bill in the state Senate would legalize and decriminalize sidewalk vending statewide.

Who is going to hurt? Immigrants, small-business owners of every race and the quality of life in a neighborhood. Livelihoods are being destroyed, but progressives like Chin just don’t care who’s hurt by their quest for “justice.”