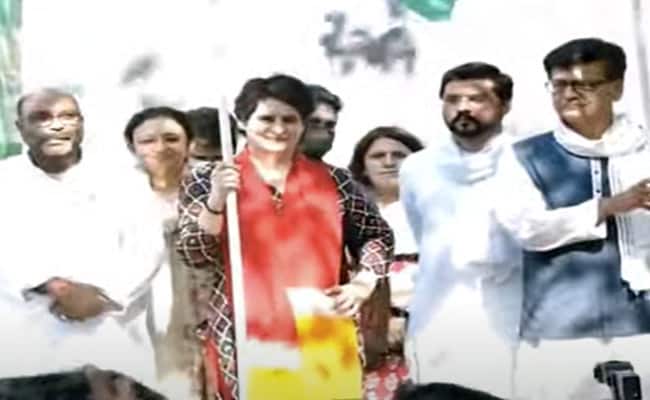 Congress general secretary and Uttar Pradesh in-charge Priyanka Gandhi Vadra flagged off three ‘Pratigya Yatras’ from Barabanki today to take to the people various resolutions adopted by the party ahead of the prized election for the state of Uttar Pradesh early next year.

“Some key promises of our manifesto are free e-Scooty and mobile phones for school girls, farm loan waiver, Rs 25,000 per year to poor families, electricity bill half for all and full waiver of pending electricity bills of Covid period,” said the Congress leader while kicking off the yatra.

The three yatras – from Barabanki to Bundelkhand, Saharanpur to Mathura and Varanasi to Rae Bareli – will run till November 1.

Former MP Pramod Tiwari will lead the Varanasi to Rae Bareli route that will cover the Awadh region, while the Barabanki-Bundelkhand route will be led by PL Punia and former Union minister of state Pradeep Jain Aditya.

During these rallies, Congress will communicate its ”seven pledges” to the people in the state, apart from its election manifesto.