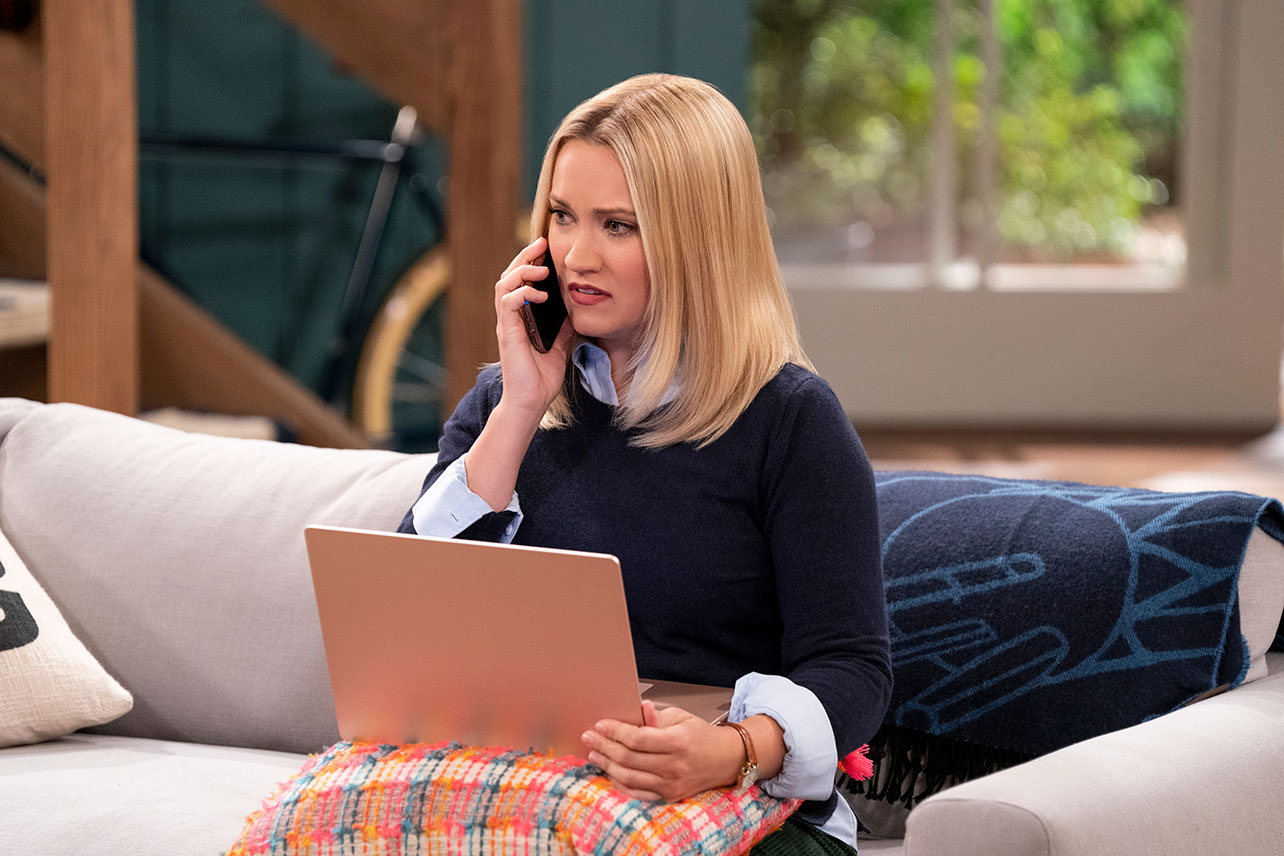 Emily Osment is back in all her sitcom glory in the new trailer for Netflix’s Pretty Smart, alongside fellow former Disney star Gregg Sulkin. The first look at the sunshiny sitcom was released today ahead of its Oct. 8 premiere date.

The trailer opens with not-very-intellectually-inclined Claire (Olivia Macklin) eager to reconnect with her sister Chelsea. Following a breakup, Chelsea is moving into her sister’s L.A. home, which is shared with her three eccentric, bubbly roommates, including hunky personal trainer Grant, played by a mostly shirtless Sulkin.

Rounding out the “pretty” side of the cast are Cinthya Carmon as Solana, former lawyer turned healer, and Michael Hsu Rosen as Jayden, a social media influencer. “They’re all just like you,” Chelsea tells her sister in the show’s first look.

Osment is on the “smart” side of things; a Harvard graduate, hyper-intellectual novelist, Chelsea at first has a judgmental and has a no-frills attitude, struggling to cope with and feeling entirely out of place among her new roommates — though a few scenes in the trailer hint at cute chemistry between Chelsea and Grant, however an unlikely pairing they may make.

But the trailer isn’t just all cheeriness: the two sisters encounter a few roadblocks as they try to restore their relationship, with a heartfelt Claire telling Chelsea, “You think I’m dumb, but I’m not!” Osment’s Chelsea will likely learn a thing or two from her new roommates, taking cues from them on how to live life to the fullest.

Watch the first trailer for Pretty Smart by scrolling to the video above.

Shop our favorites from the new Tory Burch sneaker line

Billie Eilish and Timothée Chalamet to upend the 2021 Met Gala