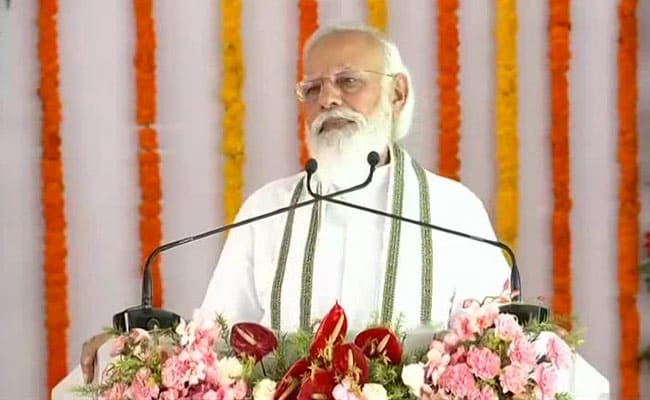 The university is being established by the Uttar Pradesh government in the memory and honour of Raja Mahendra Pratap Singh, the great freedom fighter, educationist and social reformer. It is being set up in a total area of over 92 acres at Lodha village and Musepur Kareem Jarouli village of Aligarh’s Kol tehsil.

The university will provide affiliation to 395 colleges of the Aligarh division.

The Yogi Adityanath government’s decision to set up the university after the noted Jat figure is being politically seen as part of the ruling BJP’s bid to win over the community ahead of the crucial assembly polls in the state early next year.

Here are the highlights of his address: