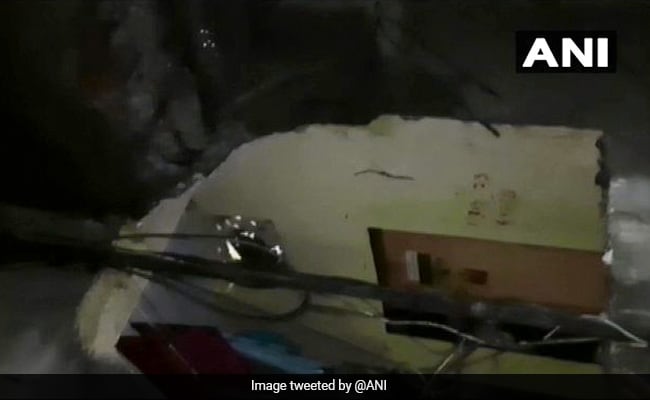 The building is located in Wagle Estate area of Maharashtra’s Thane city.

Some part of a vacant 30-year-old building in Wagle Estate area of Maharashtra’s Thane city caved in early on Friday, although nobody was injured in the incident as it had already been sealed by the authorities, civic officials said.

However, as a precautionary measure, residents of six neighbouring buildings were evacuated and shifted to a school, chief of Regional Disaster Management Cell of Thane civic body, Santosh Kadam said.

“The incident occurred around 5.30 am today. Some portion of the first floor in the ground-plus-four storied Shiv Bhuvan building in D’souza Wadi collapsed. Since it was already tagged as a dangerous structure, it had been sealed and nobody resided in it,” he said.

“But civic authorities vacated six adjoining buildings and their residents were shifted to a local school,” Kadam said, adding that the fire brigade and the RDMC personnel are engaged in the task of clearing the debris.

Another official said that the 24 flats in the building had been vacated last year as its condition had turned precarious.

Should World Stop Shaking Hands After Covid-19? What Experts Say

Iran All Set To Get Ultraconservative Cleric Ebrahim Raisi As President