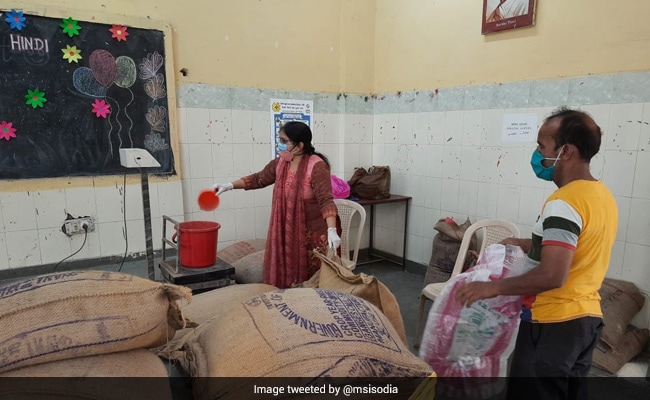 Under the scheme, the beneficiaries receive four kg of wheat and one kg of rice each.(Representational)

The Arvind Kejriwal government on Sunday said it has provided food grains to over 4.5 lakh people who did not have ration card under a new scheme in the national capital.

Starting from June 5, the scheme allows those who don’t have a ration card to avail five kilogram of food grains by showing their Aadhaar card.

“The scheme caters to people who do not possess ration cards, including unorganised workers, migrant workers, building and construction workers, and domestic helpers. More than 4.5 lakh people have been aided up until now through this scheme,” the Delhi government said in a statement.

Under the scheme, the beneficiaries receive four kg of wheat and one kg of rice each.

A total of 280 Delhi government schools, one in every municipal ward, have been designated for distribution of food grains.

“We assure you that things will be further streamlined in the coming days to make the entire process smooth and hassle-free. Your government believes that ration is the right of people,” Food and Civil Supplies Minister Imran Hussain said.

The ration can be availed from 10 am to 4 pm on all working days at the designated centres except on gazetted holidays and Sundays.