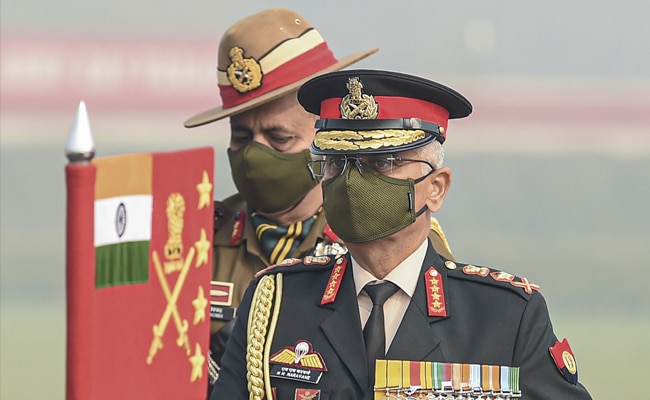 Army Chief General MM Naravane, speaking on the India-China disengagement at Ladakh, emphasized today that India had not lost “an inch of land” and the situation was where it was before the dispute started last year.

“We have not lost out on any territory, we are where we were before this whole thing started…Not an inch of land has been lost,” General Naravane told news agency ANI.

India and China last month began to pull back troops and battle tanks from the Pangong lake area high in the Himalayas. Similar disengagement is expected in other areas like Depsang, Hot Springs and Gogra.

The standoff began in April last when Chinese troops intruded into India’s side of the Line of Actual Control or the de facto border in the Ladakh area.

The confrontation spiraled when 20 Indian soldiers were killed in a physical clash on June 15 at Galwan Valley in eastern Ladakh, when Chinese soldiers prevented Indian soldiers from marching up to their traditional patrolling points. Last month, China officially acknowledged casualties for the first time and named four officers and soldiers that it said were killed.

India has said it expects China to work with it through existing bilateral consultation mechanisms to ensure early completion of the disengagement process in the remaining areas in eastern Ladakh.

Last week, the Army Chief said the threat to India had only “abated” following the disengagement at Pangong Lake but had not gone away altogether. At an interactive session at the India Economic Conclave, he also asserted that it would be incorrect to say the Chinese troops were still sitting on territories in eastern Ladakh that were in India’s control before the confrontation.

Asked whether he agreed with Prime Minister Narendra Modi’s comments after the border standoff that the Chinese had not taken control of Indian territory, he said: “Yes, absolutely.”

General Naravane said patrolling had not resumed in the region as tensions persisted and there were always chances of face-offs and inadvertent escalation of the situation when it starts.

“The whole issue of LAC is because of these grey areas. Because there is no demarcated LAC and there are different claims and perceptions. So unless the LAC is demarcated, you cannot make the statement that I am where I am, he is where he is.”