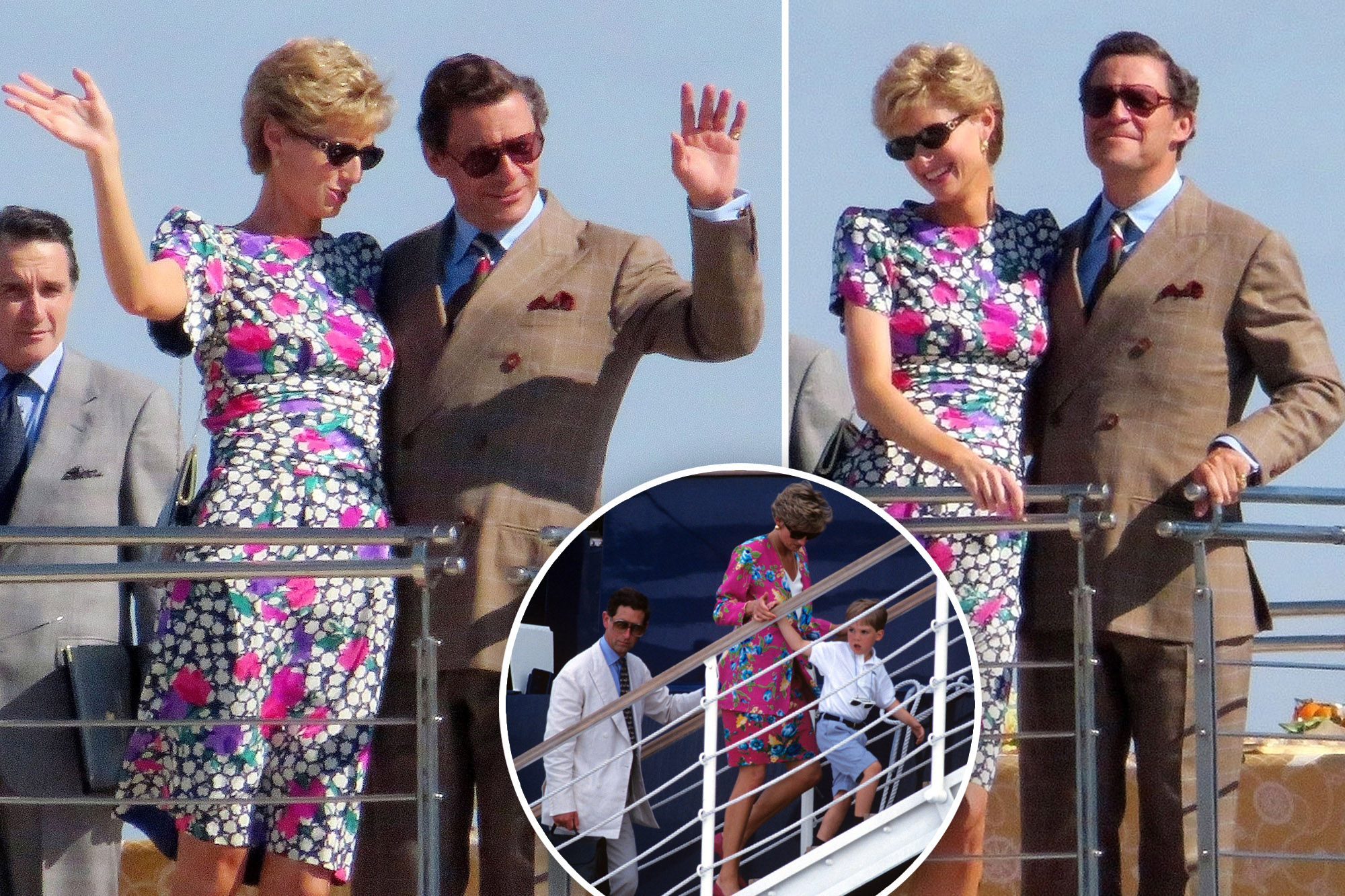 Royal fans rejoice! Brand new photos from Season 5 of Netflix’s “The Crown” are here to tide fans over until the Nov. 2022 premiere.

The upcoming season will show an aged Princess Diana, Prince Charles and the royal family as they deal with the issues that befall them in the 1990s.

The new snaps show Elizabeth Debicki embodying the late Princess of Wales and Dominic West portraying Charles. The two took over the roles from Emma Corrin and Josh O’Connor, respectively.

Debicki, 31, rocks a colorful floral dress and sunglasses as Diana while West, 51, wears a crisp blue and tan suit as the heir to the throne.

The shots were taken during filming aboard the Christina O yacht in Palma De Mallorca. The boat was previously owned by Jackie Kennedy and Greek shipping magnate Aristotle Onassis. You can actually rent the yacht for $627,505 a week!

Season five will chronicle the Wales’ 1992 divorce, the breakdown of their marriage and Diana’s 1997 death.

The first pics of West and Debicki decked out in their characters first went viral in August. Imelda Staunton will be playing the role of Queen Elizabeth, taking it over from Olivia Colman. Jonathan Pryce will be portraying Prince Philip — previously played by Tobias Menzies in seasons three and four. Johnny Lee Miller is joining the cast as Prime Minister John Major.