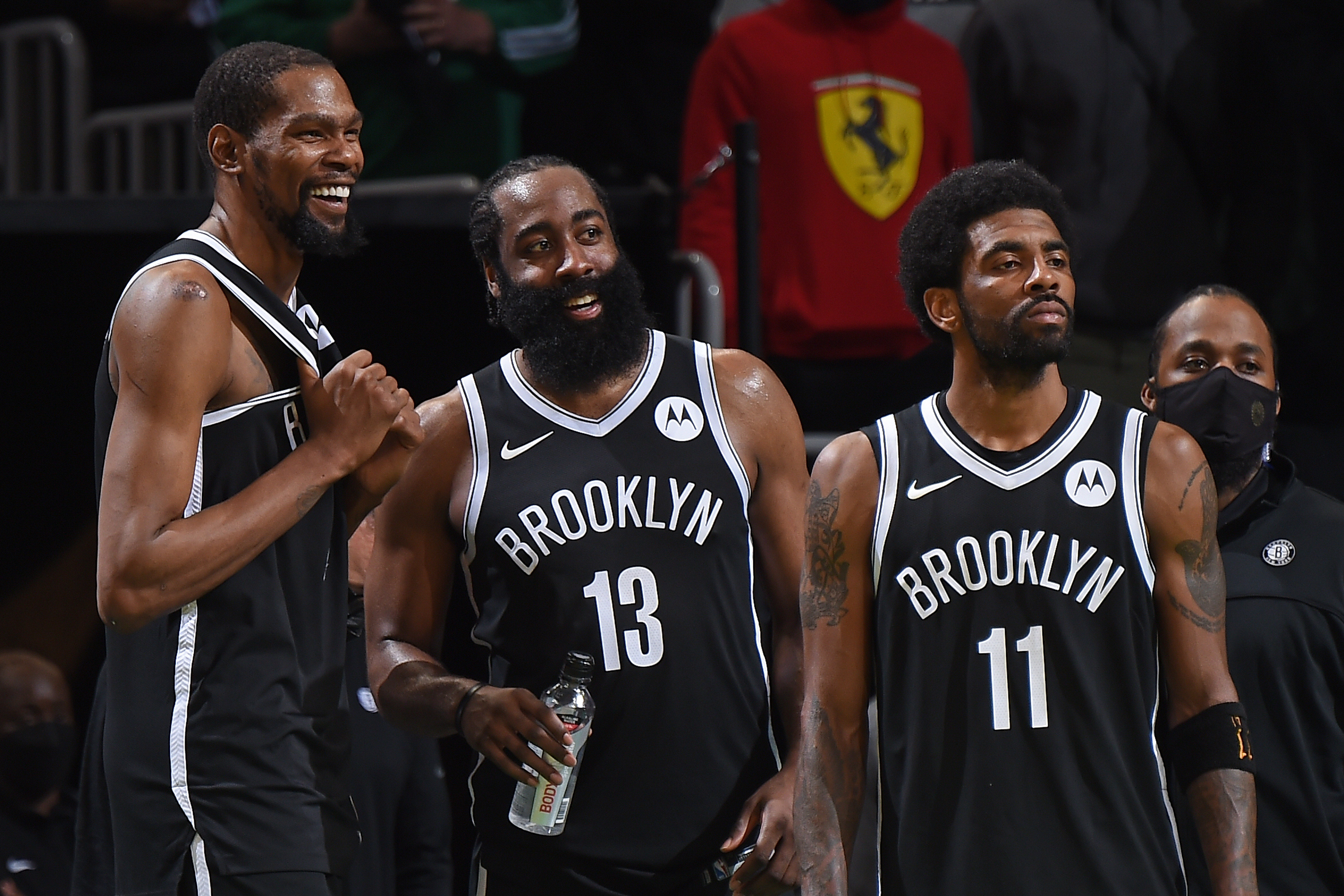 The Nets can extend the Big 3 to long-term deals this offseason. But it could be challenging, and it’s guaranteed to be expensive.

Still, GM Sean Marks made it sound as if that’s the plan.

“It’s probably too early to begin discussing what their futures are, [but] obviously we’re committed to them. They play a big role in how we’re going to continue to build this, how we’re going to drive our culture and the identity of our team,” Marks said. “What you see out there is — when they’re healthy — that’s a very, very elite unit.

“I don’t see any shortage of people wanting to play with them, people wanting to play alongside them or them wanting to be a part of something here. Now it’s going to be up to us to continue to make Brooklyn an environment where not only do they want to re-sign, but our free agents want to return to us and future people think, ‘Hey, there’s a heck of an opportunity for me there in Brooklyn to play alongside and along with those high-caliber players.’ ”

Kevin Durant, James Harden and Kyrie Irving can ink extensions for an additional four years beyond next season, keeping them in Brooklyn through 2025-26. But they could play out next season and opt out to become free agents.

Durant could re-sign for four years, $197.7 million. (He’s ineligible for a five-year extension due to the over-38 rule, according to ESPN’S Bobby Marks ).

“You’d love continuity throughout, but there’s going to have to be changes. And they may not all be because there’s a decision that we decide to make,” Sean Marks said. “Our players have to make these decisions, too.”

Spencer Dinwiddie is declining his option and becoming an unrestricted free agent. The Nets could let him walk for nothing, re-sign him or cooperate on a sign and trade. They’d get a decent trade exception, draft picks or a solid player — albeit alongside salary and an increased tax bill.

“We’ll deal with Spencer when the time comes,” Marks said. “Obviously Spencer has put himself in a position to secure his future long term. We’d obviously love to play a role in that, whether that’s here or whether we can help them. But you know, we’ll focus on that at a later date.”

Harden will attempt to play in the Tokyo Olympics, according to The Athletic. But Irving will not.

Steve Nash confirmed he expects at least one of assistants Mike D’Antoni, Ime Udoka and Jacque Vaughn to leave for a head-coaching job.

How Safe Is It To Use Virtual Cards For Online Transactions?