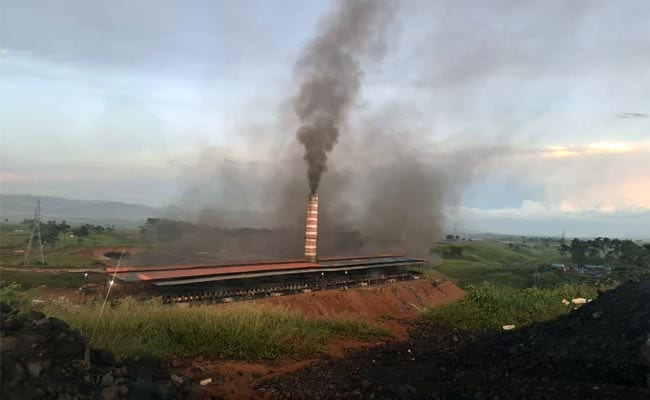 Coke is a high-carbon-content fuel with few impurities. It is used mainly in iron ore smelting.

Hundreds of residents of Meghalaya’s East Jaintia Hills district are up in arms against a burgeoning of allegedly illegal coke factories in their neighbourhood. They have served a five-day ultimatum to authorities to shut these facilities down, failing which they will chalk out a plan of action.

The residents of several villages under East Jaintia Hills’ Elaka Sutnga have come together to form the Environment Coordination Committee (ECC). Today, they staged a protest against the coke factories.

“These plants are emitting dangerous gases and particulate matter which are beyond the permissible limit. These coke plants are taking advantage of the consent to operate. They emit smoke without considering the serious impact on the ecology,” an agitated protester told NDTV.

Coke is a high-carbon-content fuel with few impurities. Made by heating coal or oil in the absence of air, it is an important industrial product, used mainly in iron ore smelting.

However, coke factories are also dogged by pollution concerns. Especially the illegal ones where environmental rules are mostly given a go-by.

In any case, the National Green Tribunal has placed a carpet ban on coal mining in Meghalaya.

People from all walks of life of Elaka Sutnga today hit the streets against the alleged illegal factories.

The ECC has said that it had filed a complaint with the Deputy Commissioner of the district on June 23. Till now, that complaint has never been accessed.

In a memorandum submitted to the official, the ECC, backed by the Elaka Sutnga Headmen, has said: “Establishment of hazardous industries in and near human habitation area can never be permitted as per the Honourable Supreme Court of India. Coke industries is categorised in the First Schedule, item 4 of the Factories Act, as hazardous process factories.”

“The right to pollution-free environment has been declared as the right to life under the purview of Article 21 of the Constitution by the Honourable Supreme Court of India. Coke plants have a devastating, both short- and long-term, impact on the environment.”

The ECC alleged, despite protests by locals against the establishment of such factories, especially without consent, the plants have flourished and continue to violate the Air and Water Acts.