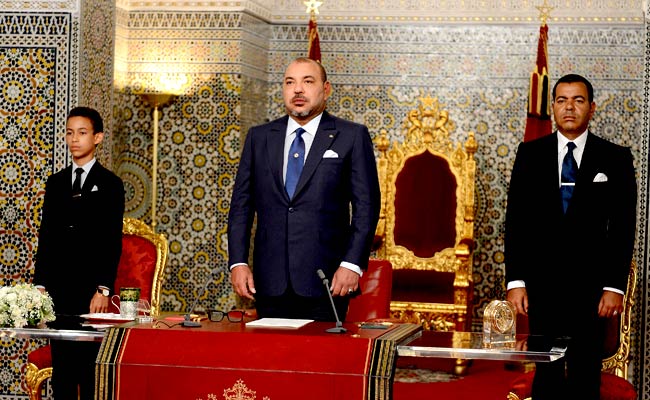 Radio France made the claim two days after it and several other news outlets, including The Washington Post and The Guardian, reported that the Israeli software had been used by governments to spy on activists, journalists, lawyers and politicians around the world.

The bombshell claims were based on a leaked document containing 50,000 numbers of people identified as potential targets for Pegasus between 2016 and June 2021.

On Tuesday, Radio France claimed the country’s monarch was on the list as well as “a large number” of Moroccan royals.

“But what is most surprising, when you look closely at this list, is that the sovereign himself is among those whose numbers were selected as potential Pegasus targets,” the report said.

Radio France said it and its partners in the Forbidden Stories media consortium had established “that one of the telephone numbers that figures on the listing of the Moroccan intelligence services is indeed that of Mohammed VI.”

It added that “his entire entourage suffered the same fate”, including the king’s chamberlain, Sidi Mohammed Alaoui, his personal secretary and three members of the latter’s family.

It said that the list also included the number of the head of Morocco’s royal gendarmerie as well as the king’s former top bodyguard, Hassan Charrat.

It was not possible to immediately verify the claims.

Pegasus is a highly invasive tool that can switch on a target’s phone camera and microphone, as well as access data on the device, effectively turning a phone into a pocket spy. In some cases, it can be installed without the need to trick a user into initiating a download.

NSO has denied selling the software to authoritarian governments for the purposes of spying on dissenters, labelling the allegations “false.”

Is the Matt Damon Film ‘Stillwater’ Based on a True Story?