Home News Mocking the unvaccinated won’t help and other commentary 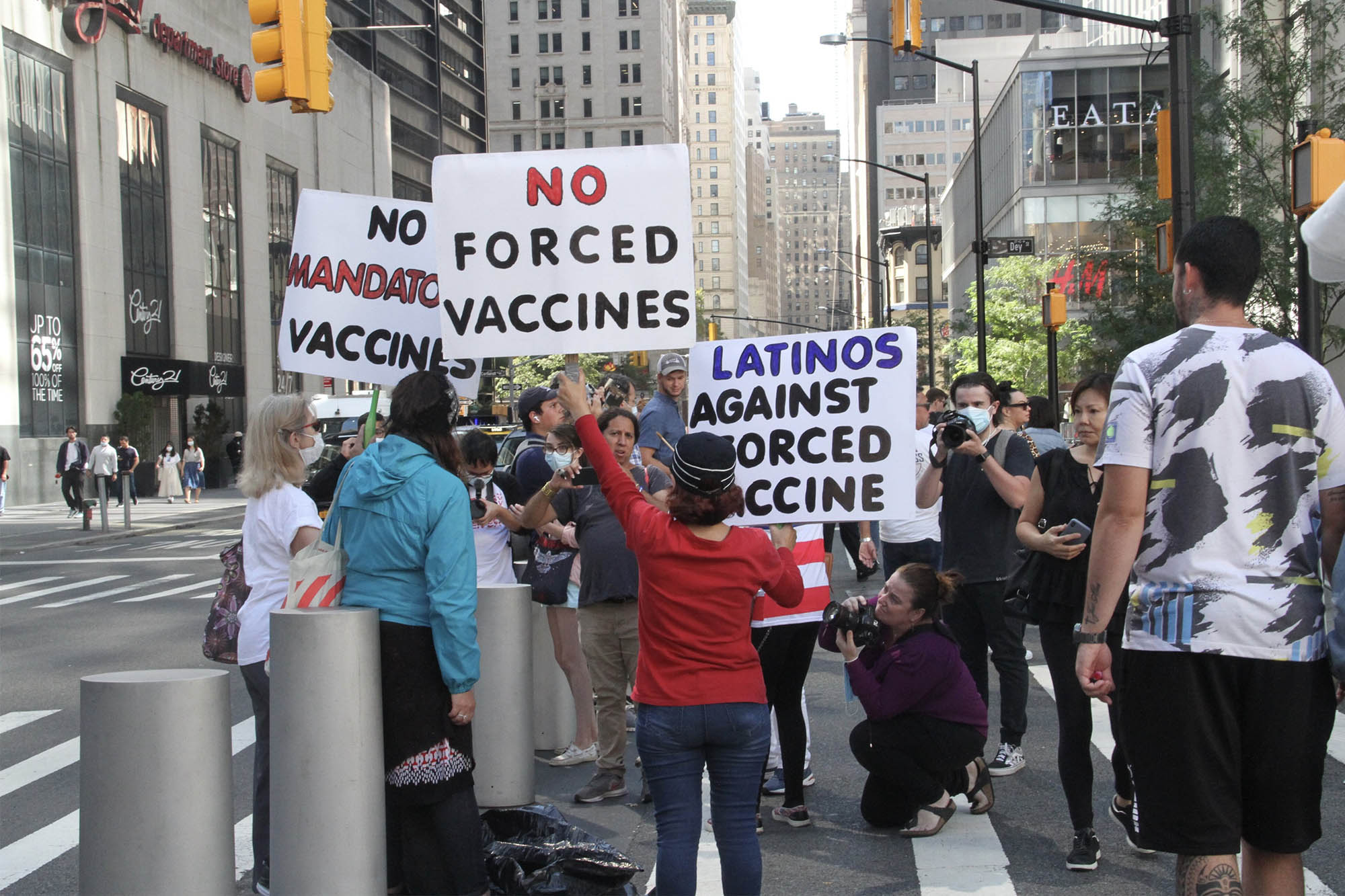 “Mocking vaccine skeptics who’ve been fed misinformation won’t convince people on the fence to get vaccinated,” advises the Dallas Morning News editorial board: “Our inclination should be to show others that we care about them, not to win an argument.” While Americans have been bombarded with pro-vaccine messaging, “the tone of the message matters greatly.” Top reasons for why people don’t get the jabs include “concerns about side effects or the newness of the vaccine and distrust in government.” Whatever the case may be, if anti-vaxxers “keep having positive encounters with people who are promoting vaccines, eventually it will have some kind of effect.”

“Imagine living in a world where every one of your noncash financial transactions — a restaurant meal, a Venmo transfer to a friend, maybe some bitcoin bought on the dips — was automatically reported to a beefed-up, audit-hungry IRS. That dystopia will become a reality if President Joe Biden gets his way,” warns Reason’s Matt Welch. Biden is pushing “a vast, intrusive financial-surveillance system” that would “dramatically increase the types of financial institutions and transactions exposed to the feds’ prying eyes” in “the name of closing the ‘tax gap.’ ” It’s just “one prong” of Biden’s “strategy for transforming the entire global financial system into a harmonious, haven-free collection funnel to the IRS.”

Mere “weeks after his deserved rebuke by the Supreme Court over his eviction moratorium,” President Biden “has once again gone too far,” fume National Review’s editors. His plan to order “all private businesses with more than 100 employees to require vaccination or weekly negative tests for all their workers” puts “a significant compliance burden on ­employers.” The “rule will be expedited to avoid the comment period that typically allows those who would be affected by a given order to weigh in,” and while the Occupational Safety and Health Administration can “set certain health and safety standards in the workplace, it would be stretching its authority to claim that it can be used as a means to facilitate broader public-health goals.” Let’s hope “the Supreme Court will be just as incredulous when it comes to Biden’s latest overreach.”

France’s Emmanuel Macron “has been a pitiful president,” charges ­Jonathan Miller at Spectator World. He responded to COVID with a “bouquet” of unscientific restrictions that have resulted in the “criminalization of everyday life” and turned the Fifth Republican into an “Absurdistan.” Meanwhile, public safety has deteriorated owing to gang violence and lawless schools, and “unemployment remains close to 10 per cent and much higher among the young.” And yet, “just more than 200 days from the first round of next year’s election, Macron’s opposition is in a worse state than the president himself.” Setting aside the weak Socialist Party and the “peleton” of cranky small parties arrayed against him, “it’s the French right that presents the most comforting spectacle for the president”: The main center-right candidate seems to be running to be prime minister under a Macron-led coalition, while the hard-right Marine Le Pen remains ­“unelectable.” With no “mainstream opposition politicians” rising to challenge his harsh lockdowns, the field is Macron’s to lose.

“The driving force behind the recall effort to remove California Gov. Gavin Newsom from office was hypocrisy,” recalls David Marcus at FoxNews.com: At the height of the lockdowns, Newsom dined at a fancy French restaurant (with lobbyists, no less). But with just days to go before the election, there is another hypocrisy entering the race,” namely, “the shabby and racist treatment of GOP candidate Larry Elder.” A woman in a gorilla mask attacked the black contender, and “we all know that if this had happened to a black Democrat, we would be days into a national conversation about systemic racism. But Elder is a black conservative, so that isn’t happening.”