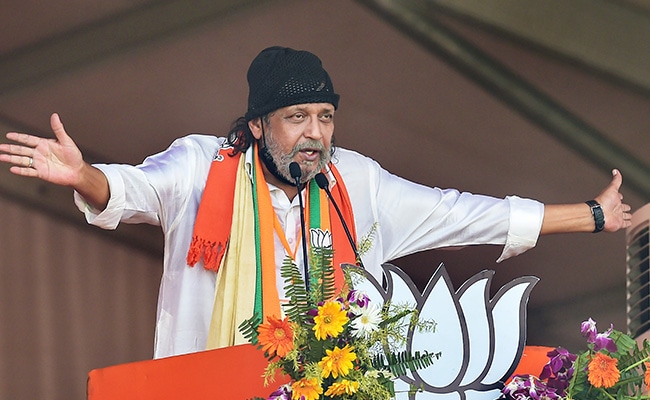 Mithun Chakraborty had gone to the Calcutta High Court to get the FIR against him cancelled.

Actor and BJP leader Mithun Chakraborty was questioned by the Kolkata Police today over a controversial speech during the Bengal election campaign.

The 71-year-old actor, who was among the BJP’s star campaigners in the April-May election, was questioned virtually in connection with a case filed against him. The police allege that his speech played a role in the post-poll violence in Bengal.

Mithun Chakraborty had gone to the Calcutta High Court to get the FIR against him cancelled. The court had then directed an investigation officer to question the actor virtually.

The actor has pleaded that he had only recited dialogues in his speech, which were not meant to be literal.

The police case involves a line from one of his movies: “Marbo ekhane lash porbe shoshane (Will hit you here and the body will land at the crematorium).”