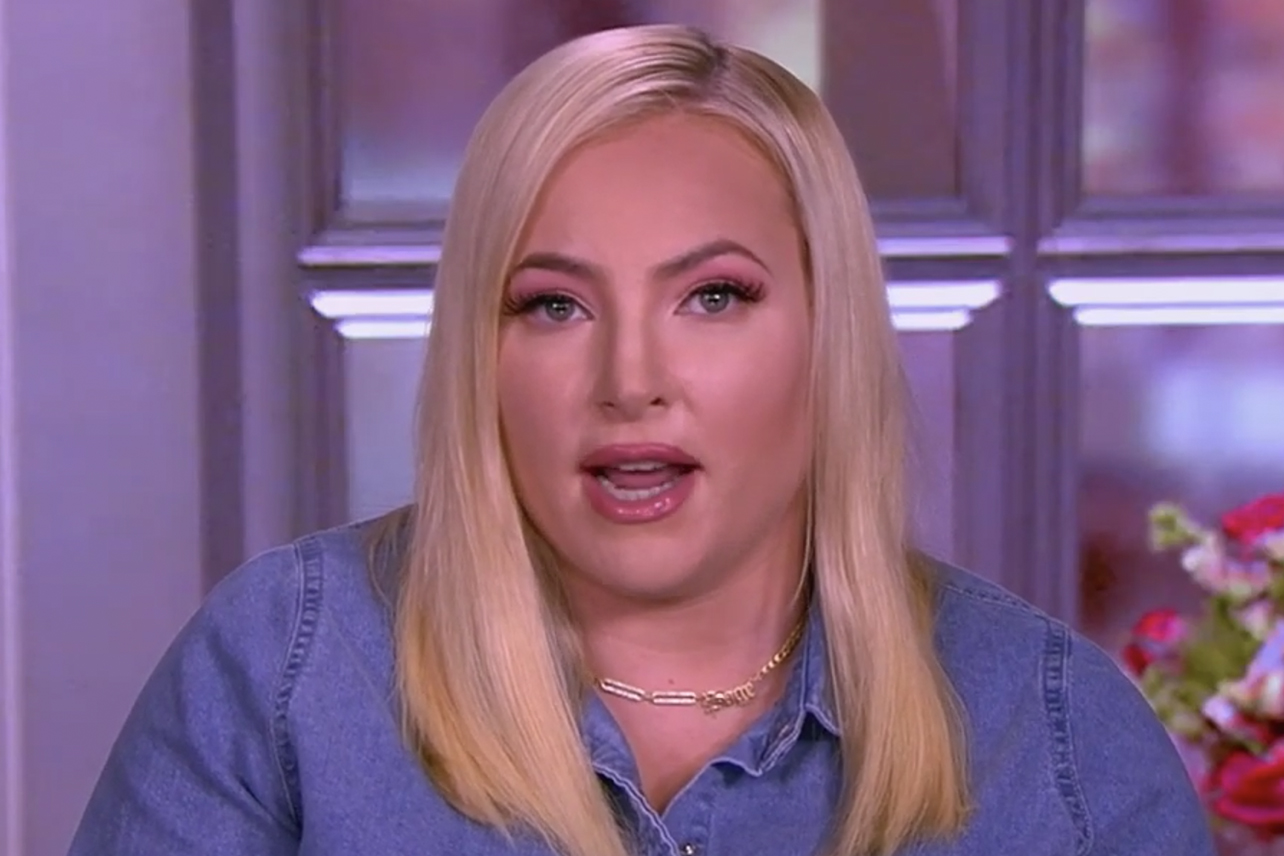 As the For the People Act heads to likely resistance in the Senate, The View is tackling voting laws in America. And while most of the co-hosts on this morning’s show attacked Republicans for their expected filibuster to the act, Meghan McCain blasted Democrats instead for their “narrative” surrounding voter ID laws.

In response to Joy Behar‘s question about the fairness of such laws, which Behar pointed out “negatively impact lower-income and minority communities,” McCain pushed back that most Americans “think voters should have an ID to vote.”

She continued, “What’s fascinating to me is, we have been told on shows like this and by many pundits on cable news that requiring to show an ID to vote is akin to the Jim Crow South, that these two things are basically the same. And what’s fascinating is, this narrative and this rhetoric, it’s just not being sold to voters.”

Calling out her co-host specifically, McCain added, “Joy, you may think that’s true, but the vast supermajority of Americans do not. You need an ID to buy alcohol, cigarettes, adopt a pet, and purchase Advil Cold and Sinus. So it’s interesting to me that that narrative isn’t expanding anywhere. I think that’s going to be a problem for voters going forward.”

The conservative co-host also drew comparisons between “defund the police” rhetoric and the messages surrounding voter ID laws, saying, “I kind of think of it like ‘defund the police’, no matter how much it was explained, we’re seeing real, concrete data that shows a huge majority of Americans in all states, not just red but particularly in blue states where we’re seeing a wave of violence and spikes in crime right now, it is not selling.”

McCain warned, “This is going to be a problem going into the midterms if your only narrative is ‘defund the police’ and having an ID to vote is innately racist, those are going to be problems for Democrats because the average American just isn’t buying it.”

After McCain’s comments, Behar added a note of her own about voter fraud and ID laws. “I just want to point out that it’s 0.00006 percent a year of fraud, that’s it,” she said. “Just FYI.”

The View airs weekdays at 11/10c on ABC. Watch the full discussion from this morning’s show in the video above.