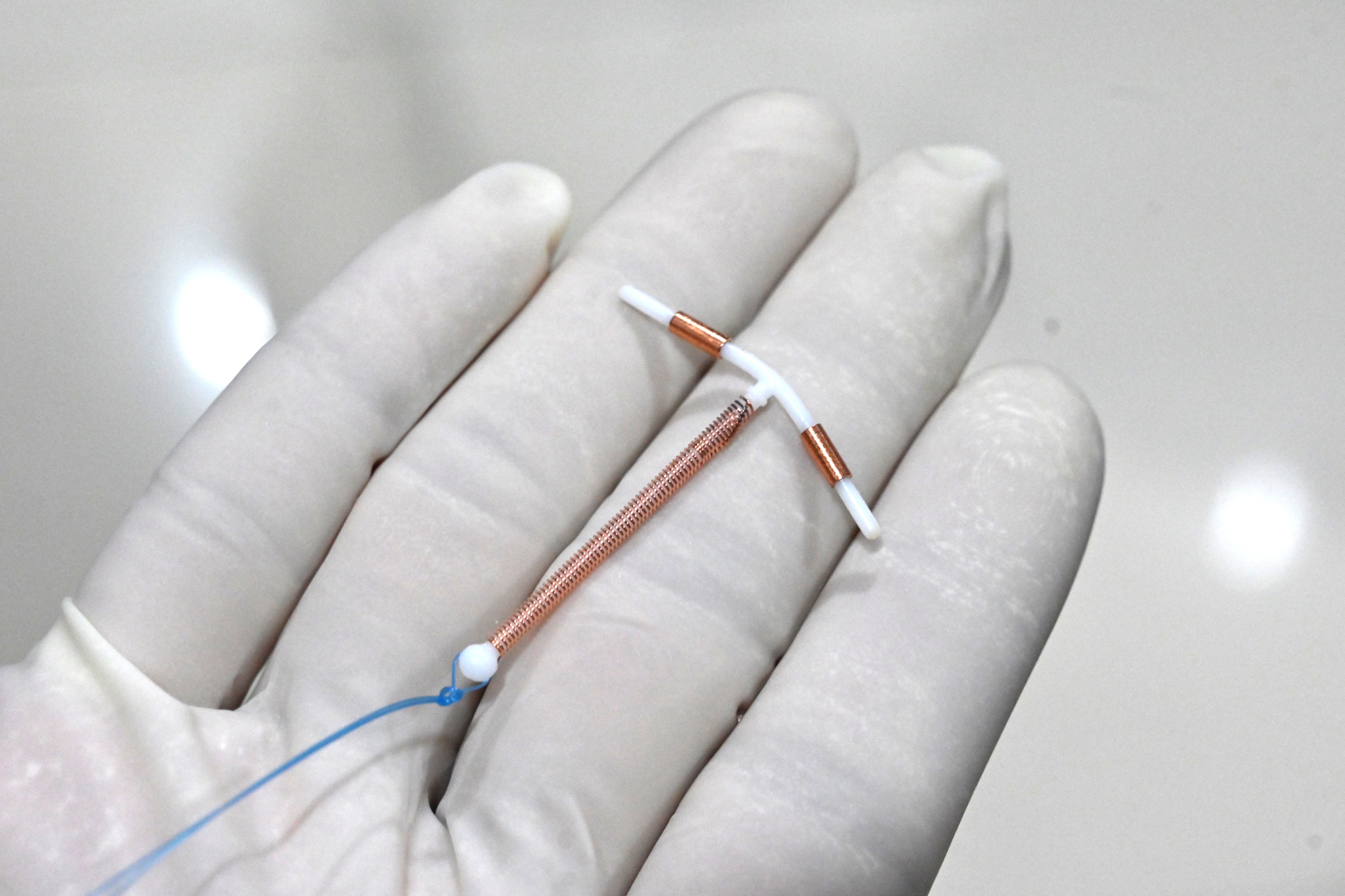 They want them to pull the plug on pulling the IUD.

Doctors are warning against a controversial TikTok trend in which women yank out their own contraceptive coils to save themselves money and pain. Videos of the alleged DIY birth control removals currently boast millions of views on the platform.

In one of the clips with over 2 million views, momfluencer @mikkiegallagher recounts removing an intrauterine device or “IUD,” an OB-GYN-recommended contraceptive that works by releasing copper into the cervix to prevent pregnancies.

“It only took 2 minutes,” Gallagher captioned the vid, explaining that extricating it was “a lot easier than I thought TBH.” The clip ends with the impromptu OB-GYN holding the T-shaped device that she’d pulled out of her cervix.

“I think as it was coming to my cervix, I just felt a release,” she gushed.

Many women have turned to DIY methods to circumvent the exorbitant cost of a professional IUD removal, which can cost anywhere from $50 to over $1,000, and is often not covered by insurance, Insider reported.

Nonetheless, doctors advise against the practice.

“It is better to do it in a controlled environment,” Dr. Gloria Bachmann, an OB-GYN and the director of the Women’s Health Institute at the Rutgers Robert Wood Johnson Medical School, told TODAY. “When we take it out in the office, everything is visualized as you are doing it more or less blindly (at home).”

She added that doctors are also better equipped to react if the procedure goes awry.

“If it’s embedded in the muscle layer of the uterus, which can happen, it can cause a lot more bleeding, a lot more pain and it can actually bring the uterus down with it, which is not something that one would want,” said Bachmann.

Dr. Anar Yukhayev, who specializes in obstetrics and gynecology in New York, explained that even with the proper tools, extricating the prophylactic requires a precise touch.

“If you’re using too much force, that might mean something is wrong, like the IUD might be stuck,” he told TODAY. “When you pull it, you can actually lodge it in a different part of the uterus and make the embedding of the IUD even worse. That’s one of the issues I can think about why it’s not a good idea, or it’s risky, actually dangerous.”

Some women who opted to go the DIY removal route had reportedly experienced horrific side effects from the contraceptive coils.

Paige LeAnn, a YouTuber from Alabama, recounted going to two doctors and a hospital to get the pregnancy plug taken out after two years after suffering from cramps, weight gain, depression and more.

Many didn’t believe LeAnn’s account, with one doctor even inquiring if she’d ever “been checked out for anxiety because he had never heard of ‘these symptoms,’” she recalled. Others reported that their doctors refused to extract the IUD until they found an alternative contraception method.

However, experts remain puzzled by these accounts, with Yukhayev claiming that the aforementioned side effects are the result of an improperly inserted device.

“When a woman has these symptoms with an IUD in place, that might be because the IUD is mispositioned already,” he explained. “So if it’s positioned in the wrong way that can cause cramps, it can be painful, sometimes the bleeding is a little bit off.”

He added: “If you’re already starting off in a place where it’s not positioned (properly) trying to then pull it out yourself … you can make a bad matter worse.” In 2019, an Ohio woman discovered that she’d had an IUD in her abdomen for 11 years due to a botched insertion.

As for doctors outright denying women IUD removal, the gynecology expert is unsure why a provider would refuse the operation “unless a string cannot be found or unless the provider did not do that procedure or there were concerns there might be excessive bleeding.”

Yukhayev added that ideally the doctor and patient should be able to come to an agreement on the most appropriate course of action.

“I can’t ever imagine myself being in a position where a patient really wants their IUD out and I tell them, ‘No,’” he said. “If you come across an OB-GYN who goes against what you want, then it’s probably time to find yourself a different doctor.”

This isn’t the first time IUDs have allegedly caused problems. In December, several women filed lawsuits against Teva Pharmaceuticals, the former owner of the Paragard IUD brand, which they claim fractured during removal and embedded fragments in their uterus, causing chronic abdominal pain, pelvic inflammation, infection and even infertility.