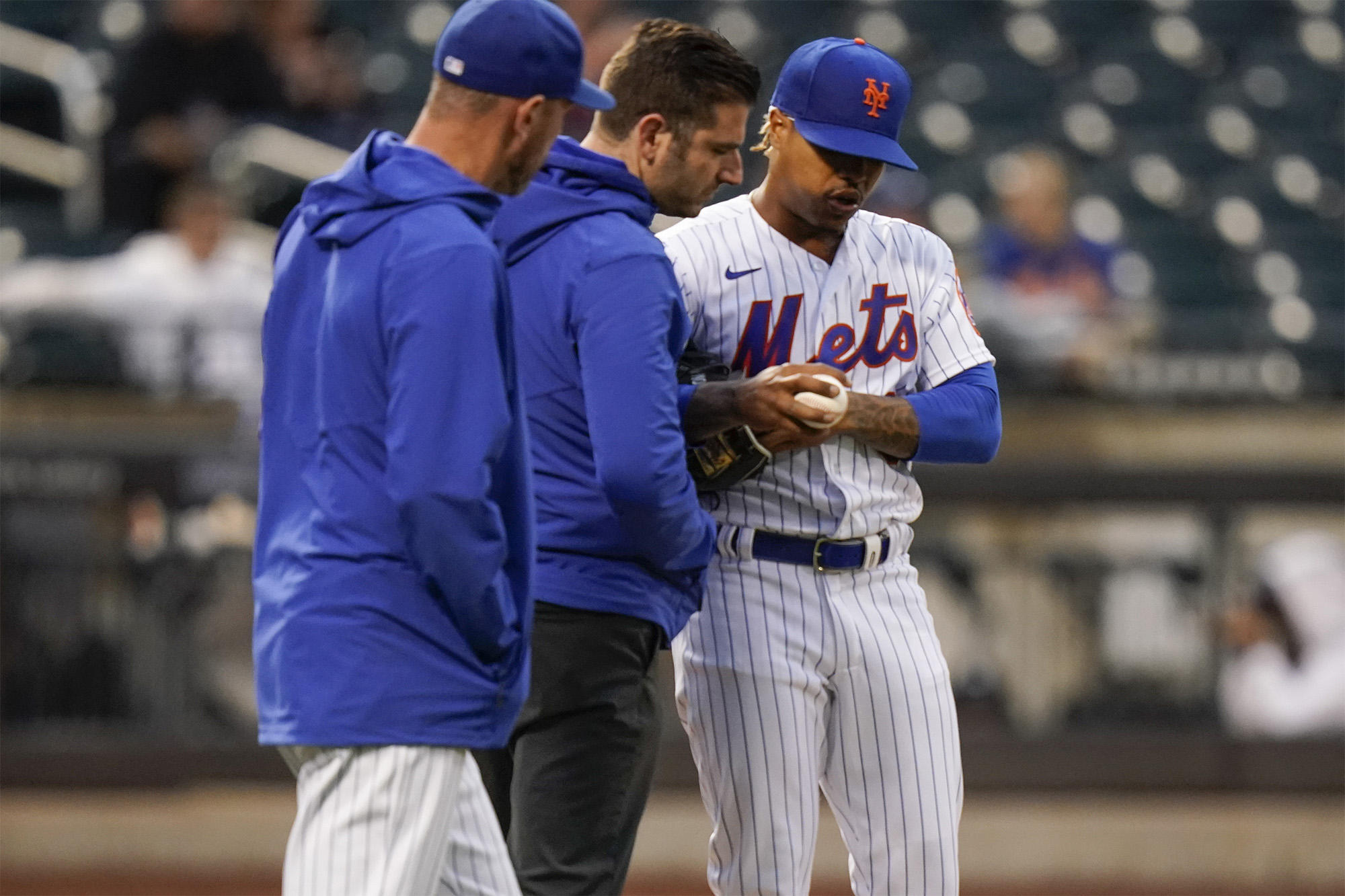 The Mets’ shrinking pitching depth took another blow Tuesday night, as Marcus Stroman left his start against the Braves with an apparent injury after recording three outs.

The right-hander had thrown three pitches in the top of the second inning when he walked off the back of the mound, leading to a visit from manager Luis Rojas, pitching coach Jeremy Hefner and a trainer.

Stroman spoke to the staff, threw a warmup pitch, talked more, threw two more warmup pitches, and then after a final conversation, left the field with the trainer. The Mets replaced Stroman with Yennsy Diaz.

It was not immediately clear what Stroman injured, but it was just the latest hit for the Mets’ pitching staff.

Earlier on Tuesday, acting GM Zack Scott announced that Joey Lucchesi would undergo season-ending Tommy John surgery on Thursday. They are also without Noah Syndergaard (Tommy John surgery) and Carlos Carrasco (hamstring strain) for the foreseeable future, while another depth starter, Jordan Yamamoto, is also on the 60-day IL with shoulder soreness.

To make matters worse, the Mets were without long reliever Robert Gsellman, who went on the injured list Monday with a torn lat.

Stroman had been putting together a strong season, bringing a 2.35 ERA (across a team-high 14 starts) into Tuesday.