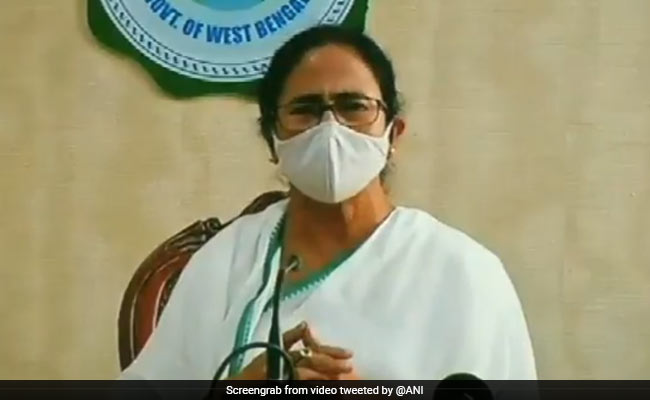 Alleging that the Narendra Modi government is not following the spirit of federalism, West Bengal Chief Minister Mamata Banerjee on Wednesday wondered why the Centre kept to itself the right of distribution of 25 per cent COVID-19 vaccines to private hospitals and not to the states.

The prime minister had on Monday announced that the Centre has decided to buy 75 per cent of jabs from vaccine makers for free supply to states, while private sector hospitals will continue to procure the remaining 25 per cent.

Ms Banerjee said that she opposed the imposition of Goods and Services Tax (GST) on medicines, equipment and vaccines required for the treatment of COVID-19.

Addressing a press meet at the state secretariat “Nabanna” after meeting leaders of agitating peasants, she said that from “Covid to farmer”, the BJP-led central government has pushed the country into serious crisis.

“The Centre has said that it will directly provide 25 per cent of vaccines to private hospitals. Why by the Centre? The state implements the policy of the Centre in a federal set-up,” she said.

Taking a dig at the prime minister, she said, “He only knows how to speak against states. He only knows about divide and rule. Why is there no word by the PM about withdrawing 5 per cent GST on Covid vaccines?”

Ms Banerjee said that the prime minister did not think about spending Rs 34,000 crore from PM-Cares Fund to fully vaccinate the people of the country in all these days.

Had the Centre taken up the free vaccination drive in this period, “We would not have to lose so many citizens in the age group of 18-45 years”, she claimed.

“What happened to the promise by (PM) Modi before the Bihar elections about free vaccination to everyone? So many months elapsed afterwards,” she said.

The Bihar Assembly election was held in three phases in October-November last year.

“The Prime Minister should not take credit for the free vaccine policy of the Centre now and should explain what happened in all these days,” Ms Banerjee said.

The Chief Minister said that two crore people were inoculated in West Bengal and the state government spent Rs 200 crore to procure vaccines.