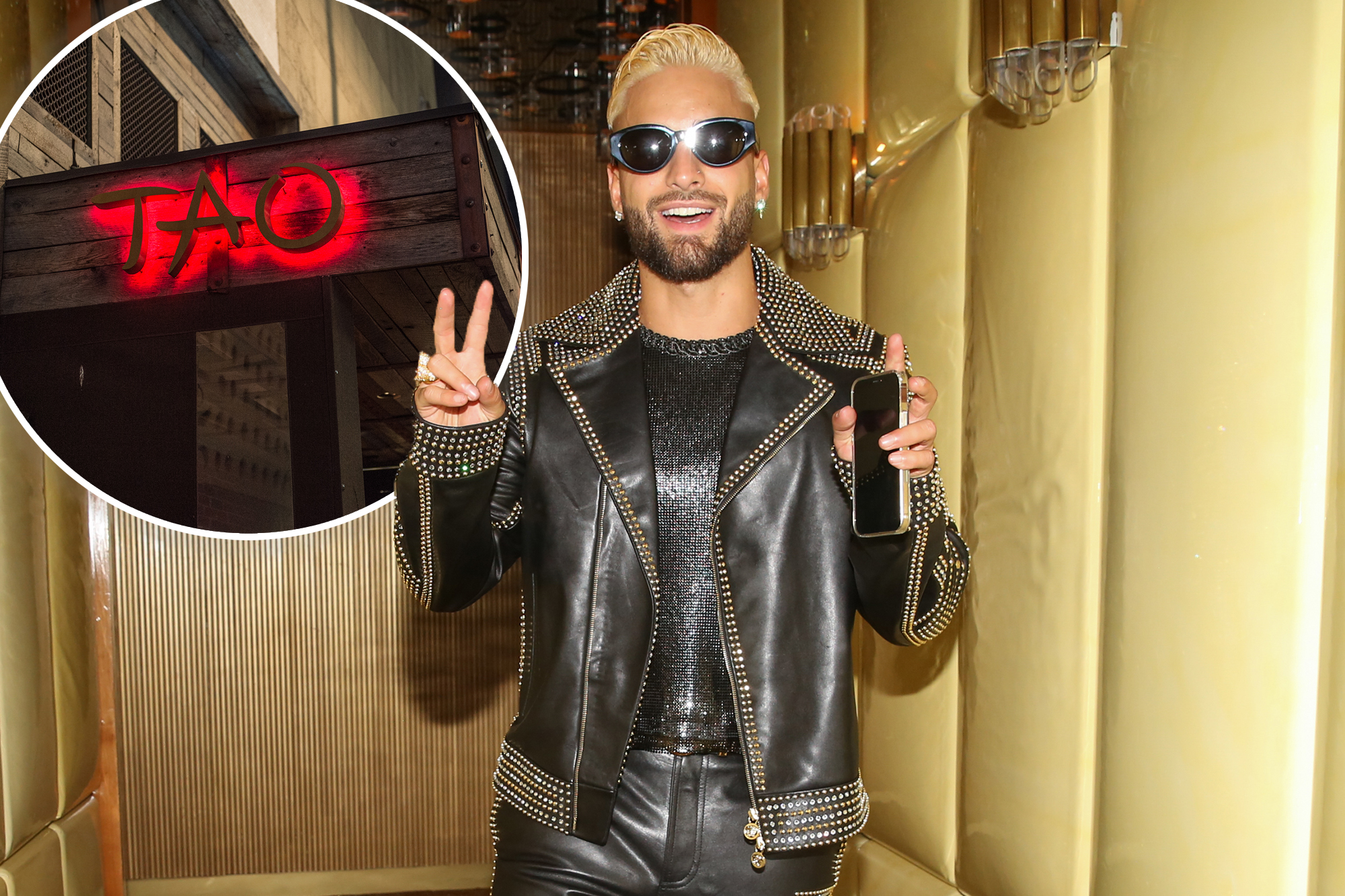 Who let the dog out?

That’s what diners at Tao Downtown were wondering when Colombian singer Maluma popped in for a dinner party on Monday night — with a Doberman in his entourage.

“He made quite an entrance when he showed up with security detail, a group of friends and a stately chocolate brown Doberman at his table,” a spy told Page Six of the Latin heartthrob, who surprised fellow patrons with the four-legged friend at the Meatpacking District hotspot.

We’re told the Doberman Pinscher was his service dog, Buda. The pooch ended up waiting outside with his security team before coming back inside to walk the crew out after dinner.

“Some guests were startled at first due to the dog’s sheer size,” our spy said.

Maluma, who is in New York performing his “Papi Juancho” tour has two other dogs, Bonnie and Clyde — but Buda is “his tour companion,” an insider shared.

“He’s obsessed with his dogs. He was there celebrating with his team members,” the source said.

The pop star, who released two albums this past year, will perform a sold-out show at Madison Square Garden on Friday.

He also currently appears on the cover of the 100th-anniversary issue of L’Officiel Hommes magazine, in which he opens up about rumors that he dated Kim Kardashian.

“We were together at the Dior show. I met her for the first time there,” he says of the reality star. “I don’t know why they started asking her that. Maybe because she was getting her divorce and everything, you know,” he said. “But no, we are good friends. We don’t talk that often, but yeah, we are good friends and we always wish the best for each other.”

He also talks about his upcoming movie with Jennifer Lopez, “Marry Me,” out next year.

“She’s such a master. She’s got a lot of discipline. She loves having everything on point. I learned a lot … it’s one of the biggest dreams I’ve had in my life,” he said.