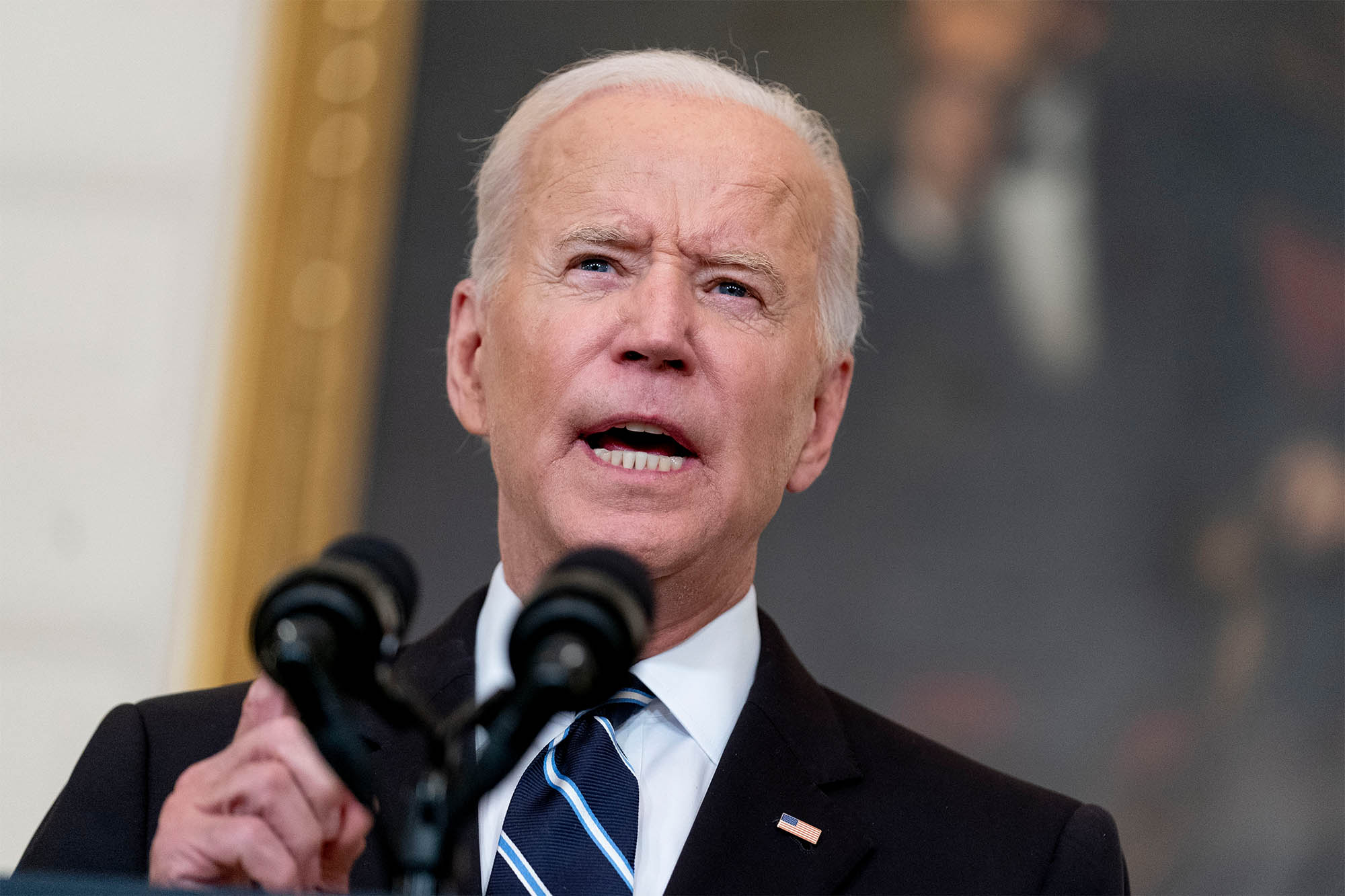 The Issue: President Biden’s order requiring a COVID vaccine or weekly testing for the majority of US workers.

President Biden has gall to lash out at US citizens who are unvaccinated when he is allowing thousands of unvaccinated people to stream across the southern border (“Prez toughens worker shot mandates,” Sept. 10).

He never mentioned people like myself and my spouse who have recovered from COVID and were told not to get the vaccine by medical professionals for at least 90 days.

The American public is disgusted and angry with him — and rightfully so. Bryan Carty

Choice and freedom is what we are built on, and people have every right to be unvaccinated.

I am vaccinated because I think it was the right choice for me — but only for me. People are free to choose what they want to do.

Thank you to Biden for accelerating the national fight against the coronavirus by mandating vaccination or weekly testing for about 100 million Americans who work for entities that employ 100 or more.

The president provided a lengthy opportunity for individuals to be vaccinated, yet tens of millions — many of them egged on by politically driven governors who are working to spread the virus in the cause of “freedom” — stubbornly refused to get it.

Government has a legitimate and essential interest in protecting people and fostering public health, even in the face of resistance which does not make sense.

How could the president stand idly by while the virus and its variants enjoy a resurgence that threatens our ability to return to some semblance of normalcy in our lives?

In an unprecedented move, Biden has generally mandated COVID vaccinations for many federal workers .

I strongly believe in science and support people getting vaccinated. Despite very low mortality rates among those with COVID, particularly those younger than 65, there is no doubt vaccinations do an incrementally wonderful job of preventing severe illness and death.

However, I find the president’s stance on vaccinations extremely hypocritical, relative to his, and his party’s, long-standing support of abortion under the moniker of being “pro-choice.”

For the president, the concept of “choice” only appears to apply to abortion.

History is replete with science’s ability to halt diseases — witness the polio and measles vaccines. These vaccines are mandatory in schools. They are safe and work.

When a virus appears that represents an existential threat to human life and community, such as COVID, the danger to public health warrants an intervention that will work. The mRNA vaccines are ingenuous, effective and safe.

Public health and the common good should persuade reasonable persons to take these vaccines.

He was arrogant and angry and his condescending tone to those who have not been vaccinated was beneath his role as president.

He looked like a petty dictator when he said this was not about individual freedom. Speaking that way to his own countrymen was disgraceful.

Biden announced an edict mandating that two-thirds of all US workers get COVID shots and requiring the same from federal employees (with few exceptions).

Now he announces mandatory injections for all, overriding any personal choice in the matter. Is Biden a hypocrite, or does he merely intend his mandate to apply to men only?