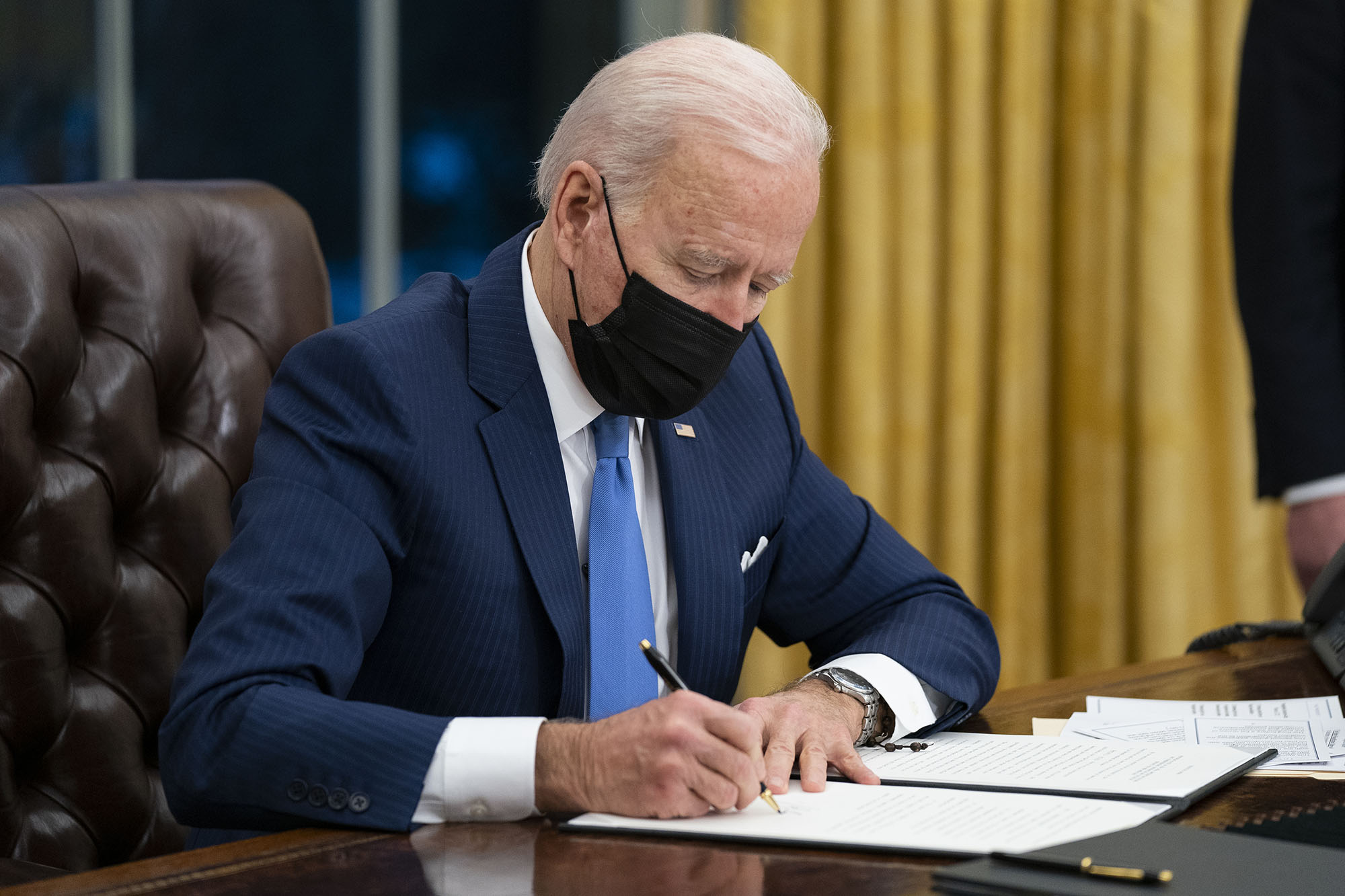 The Issue: President Biden’s release of 50 million barrels of oil from the Strategic Petroleum Reserve.

Dipping into our oil reserves might result in a temporary price drop at the pump, but President Biden’s real aim is to appease his followers (“Rolling out the barrels,” Nov. 24).

The first thing he did after he was elected was shut down the Keystone Pipeline. Next, he thwarted efforts for domestic oil production. That was a terrible move, as we are still in the infancy of developing energies to replace fossil fuels.

This should have been done one phase at a time. He continues to say these moves were not a large contributor to our current high inflation. Anyone who believes this never took Economics 101.

While we were once energy independent and enjoying low gas prices at the pump, we are again being subservient to the Organization of the Petroleum Exporting Countries, which caused the horrid shortages and long gas lines in 1973 and ’74.

It appears that Biden and Sen. Chuck Schumer are willing to put US citizens in danger by looking for a short-lived political victory by tapping into the federal Strategic Petroleum Reserve.

Schumer is panic-stricken at the thought of a challenge from Rep. Alexandria Ocasio-Cortez.

First, Biden shut down our pipelines, begged OPEC for oil and waived sanctions on the Russian Nord Stream 2 pipeline, and now he taps our oil reserve.

Biden’s release of oil reserves to lower gas prices and address a problem he created is nothing more than a publicity stunt.

It’s too little, too late and will have little to no effect on gas prices, and he knows it.

The order to dip into the nation’s petroleum reserves to ease rising gas prices does nothing other than make it look like the president is “doing something.”

Under the prior administration, the United States was well on the road to energy independence. Within less than a year, Biden’s policies have undone all that.

Shutting down the Keystone Pipeline and moving to stop oil leasing on federal lands have created market conditions resulting in the current situation.

Supply, demand and incentives are basic economic concepts of which this administration is either woefully ignorant or willfully blind.

In the race to the bottom of the “stupid presidents list,” Biden has now surpassed his mentor, President Barack Obama, by “fixing” our rising-gas-price problem.

Joe’s solution is to tap our energy reserves to release 50 million barrels of oil. To the average American, that sounds like an ocean of oil, but in truth it is 2.5 days’ worth of US consumption.

Biden can’t solve the energy crisis because he can’t comprehend the problem. Nor, it seems, can the economic dolts who surround and advise him.

In the meantime, we will expend the 50 million barrels and continue to lock down pipelines and fracking in the homeland, solutions so obvious they cry out for implementation.

’Tis the holiday season, and our beloved president, Joe Biden, has given the American people 50 mill­ion barrels of our reserve oil supply. This is to ease high oil prices, which he created. Like robbing Peter to pay Paul.

You can go so far with this climate-control bologna. It hurts everybody, even the boobs who voted for him.

Democrats are the cause of this mayhem in America. Big government, higher taxes and socialism — that’s what’s in store for us if you allow these idiots to control your lives.

Biden begged OPEC to produce more oil, then tapped into our federal reserves.

All the while, the Untied States has some of the biggest oil and natural gas supplies in the world.

Want to weigh in on today’s stories? Send your thoughts (along with your full name and city of residence) to letters@nypost.com. Letters are subject to editing for clarity, length, accuracy and style.