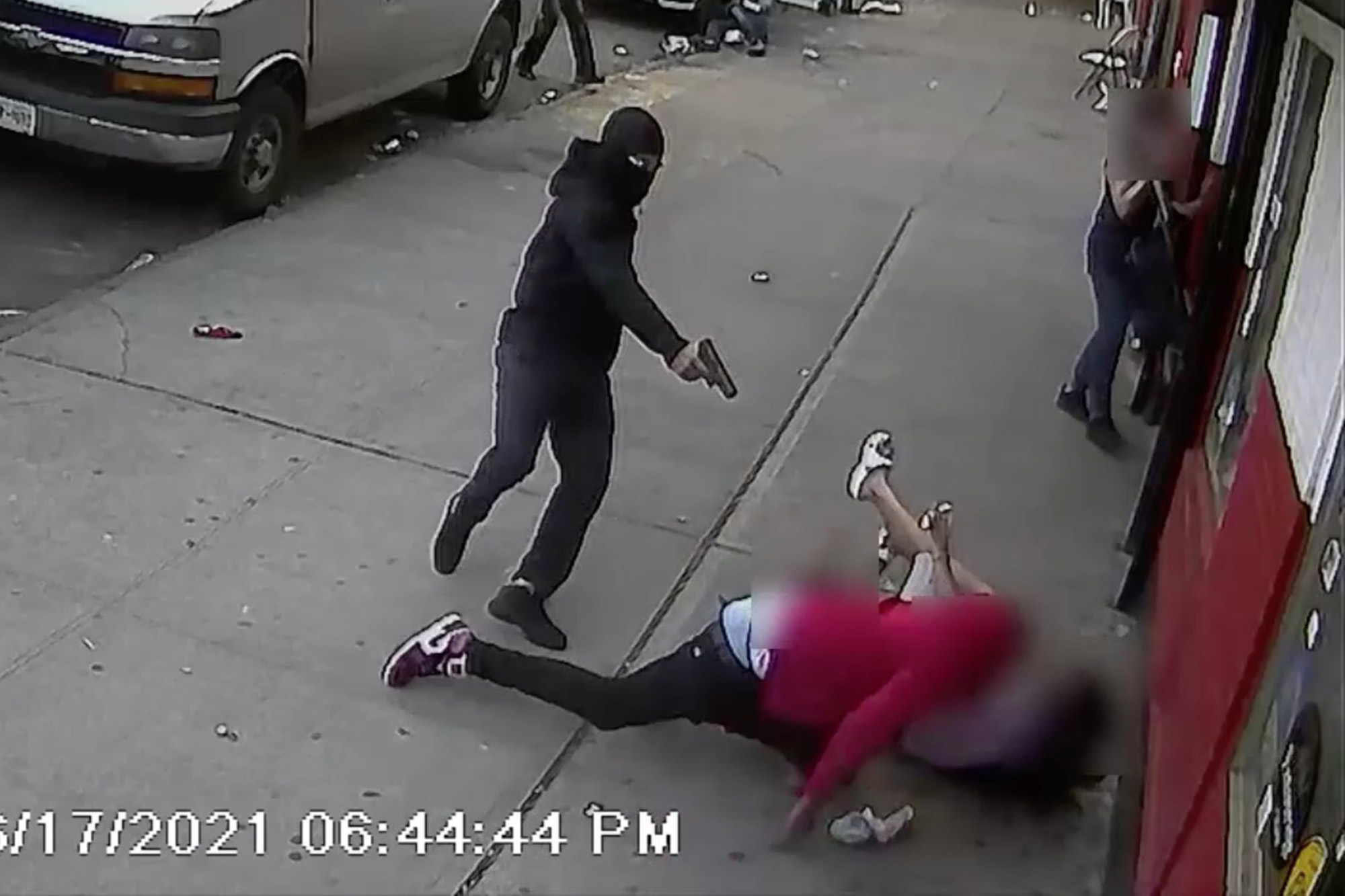 The Issue: A shooting in The Bronx that narrowly missed two children who were next to the victim.

The Post’s front page was graphic: a prostrate man being viciously assaulted, while innocent children were forced to watch, suffering lifelong trauma (“This is NYC now,” June 19).

Black children also get killed in their strollers, in their living rooms or wherever the gang-bangers decide, and the mayor treats it as if it’s just collateral damage or simply the vicissitudes of black childhood.

When will all black lives matter and not just those taken by white police assailants?

Mayor De Blasio inherited a safe, clean city from the prior administration. In the course of two terms he, and the radical City Council, decriminalized quality-of-life offensives and let this city sink into an abyss of filth, crime and fear.

People are now being shot on the street in broad daylight. Innocent children are being hurt.

De Blasio is a present-day Nero who sits by and fiddles while the city burns. His tenure in office can’t end soon enough.

It seems every day, a Post headline showcases yet another atrocity happening on the streets of New York City — the latest being an attempted assassination while the target was entangled with young children, trying to run away.

Skyrocketing crime, shootings, assaults, filth, out-of-control vagrancy and an abysmal quality of life are all a direct result of the liberal policies put in place by the Democrats in both New York City and Albany.

And yet, while decrying the utter deterioration of New York City, The Post has blown the trumpet in favor of electing another Democrat to lead the city. It seems the madness has no cure.

This is de Blasio’s New York. His legacy is heinous crimes happening in broad daylight with children in the line of fire and homeless, mentally ill people attacking residents.

One thing is for sure: None of the policy-makers’ families is ever caught up by the violence on the streets. Politicians should be forced to live with the results of their own misguided policies.

The Issue: Doree Lewak’s column on the need for more stringent laws for e-bikes and scooters.

Regarding the “Vicious Cycles” column by Doree Lewak (PostScript, June 20), I certainly sympathize with her argument against e-bikes and scooters.

But as an avid e-biker, I think it is important to differentiate between e-bikes and scooters.

E-bikes are essentially faster bicycles, while scooters are engine-powered forms of transportation, subject to different laws and regulations.

The problems lie not with the mode of transportation but the unwillingness to obey laws and the lack of enforcement.

Banning these modes of transportation is not the answer. Forcing riders to obey traffic regulations is.

My parents taught me to look both ways before crossing. Now you have to look all ways. These two-wheelers zip in and out of everywhere, including sidewalks.

It’s not cheap having a car. Why can’t we make it the same for riders, since the Department of Transportation is destroying every block with a bike lane?

Want to weigh in on today’s stories? Send your thoughts (along with your full name and city of residence) to letters@nypost.com. Letters are subject to editing for clarity, length, accuracy and style.

Biden’s hopes for an Iran deal now are beyond surreal