Home News Karnataka To Set Up System At Dams To Get Real-Time Water Data, Which Will Help Maharashtra 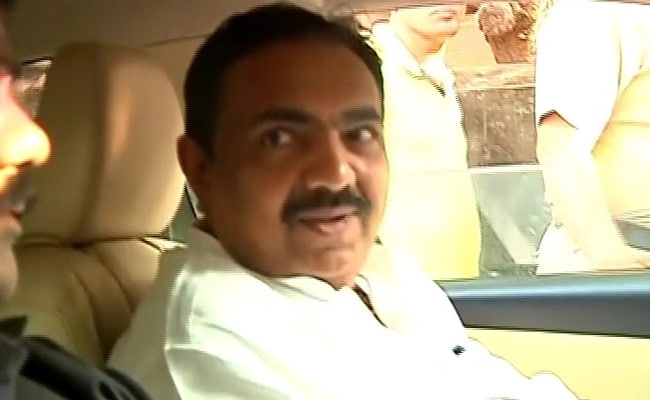 Jayant Patil said the system will be set-up at systems at Almatti dam and Narayanpur dam.

Maharashtra minister Jayant Patil on Saturday said the Karnataka government has decided to set up real-time data acquisition system (RTDAS) at its Almatti and Narayanpur dams to monitor the water level, which will help prevent recurrence of the flood situation that Kolhapur and Sangli districts of Maharashtra faced in 2019.

Mr Patil, the state Water Resources Minister, said this after holding a high-level meeting with Karnataka Chief Minister BS Yediyurappa and its Home Minister Basavaraj Bommai at Bengaluru to resolve the water-related issues between the two neighbouring states.

Unprecedented rainfall had wreaked havoc during the 2019 monsoon season in western Maharashtra, especially in Kolhapur and Sangli districts, claiming over 60 lives. After the floods, it was alleged that the Karnataka government was responsible for it as it did not release water from the Almatti dam on the Krishna river and its backwater led to flooding in the Maharashtra districts.

Talking to reporters after the meeting, Mr Patil said, “Maharashtra already has a real-time data acquisition system in Krishna river basin, which helps the officials gauge the pace of water level rise due to rains. It helps them take decisions, like the release of water from dams, to avoid flooding.”

“Now, it has been decided to set up similar systems at Almatti dam and Narayanpur dam (Basava Sagar) for better coordination between officials in both the states,” he said.

The RTDAS was installed in Maharashtra with the World Bank funding. The system started functioning around six-seven years back, wherein automated rain gauge provides precipitation data in real-time to the water resources department along with the rising water levels and in-flow into a dam.

“We need to dynamically manage Almatti dam water level and rise in the river water level. If it is dynamically monitored and managed, we will be able to overcome the flood situation,” Mr Patil said.

This alleged lack of communication in 2019 had resulted into Maharashtra releasing lakhs of cusecs water into river beds that flooded the villages on the banks. Later, Karnataka also had to discharge similar amount of water these dams, which had caused havoc there as well.

Krishna river originates in Satara district and flows through Sangli and Kolhapur before entering Karnataka. The Almatti dam in Karnataka has been a bone of contention as late discharge of water from the dam is said to be behind the flooding in Kolhapur and Sangli districts in 2019 as well as in 2005, which not only claimed several human and animal lives, but also caused large-scale loss to the agriculture sector.

Mr Patil’s meeting with the Karnataka CM and ministers was aimed at improving coordination between the two states over flood management. Last year, a delegation from Karnataka had visited Maharashtra as part of it.

7 Covid Deaths In Delhi, Lowest In Over 2 Months