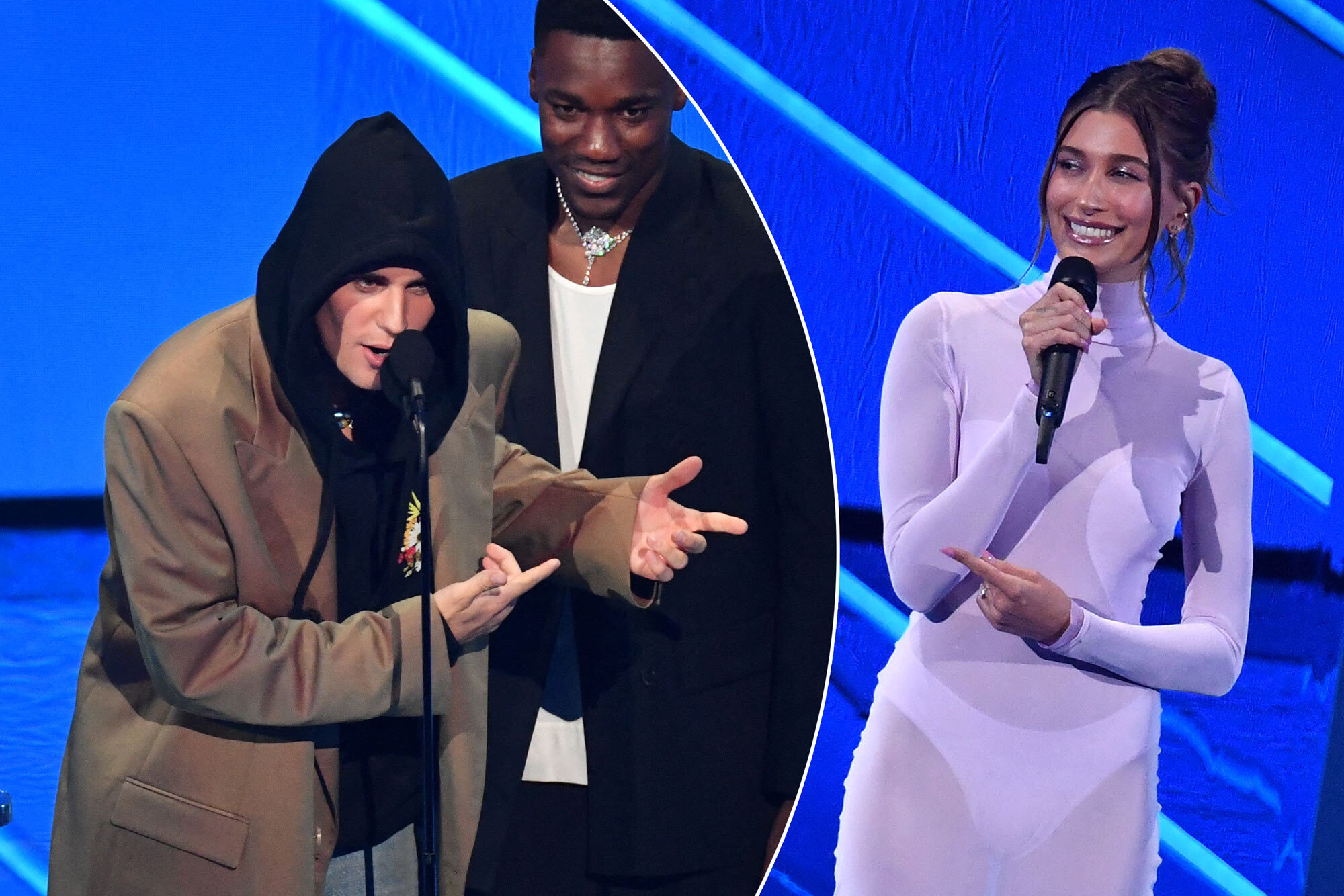 The Biebers are back.

Justin Bieber returned to the VMAs on Sunday night after a six-year hiatus, skipping the red carpet and sporting a black hoodie under a pair of denim overalls to perform “Stay” and “Ghost” with The Kid Laroi.

He later swapped his overalls for baggy jeans, throwing an oversized brown blazer over his hoodie to accept the award for Best Pop Song for “Peaches.”

Wife Hailey Baldwin, on the other hand, dressed up for the occasion, wearing a white mesh Alaïa dress to introduce Kacey Musgraves’ performance and later changing into a white tank top and feather-embellished pants to cheer on her hubby’s winning moment.

The Biebs earned seven nominations this year, including in top categories for Video of the Year, Artist of the Year, and Best Pop.

In March, Bieber dropped “Justice,” his sixth studio album, one year after postponing his “Changes” tour due to the coronavirus pandemic.