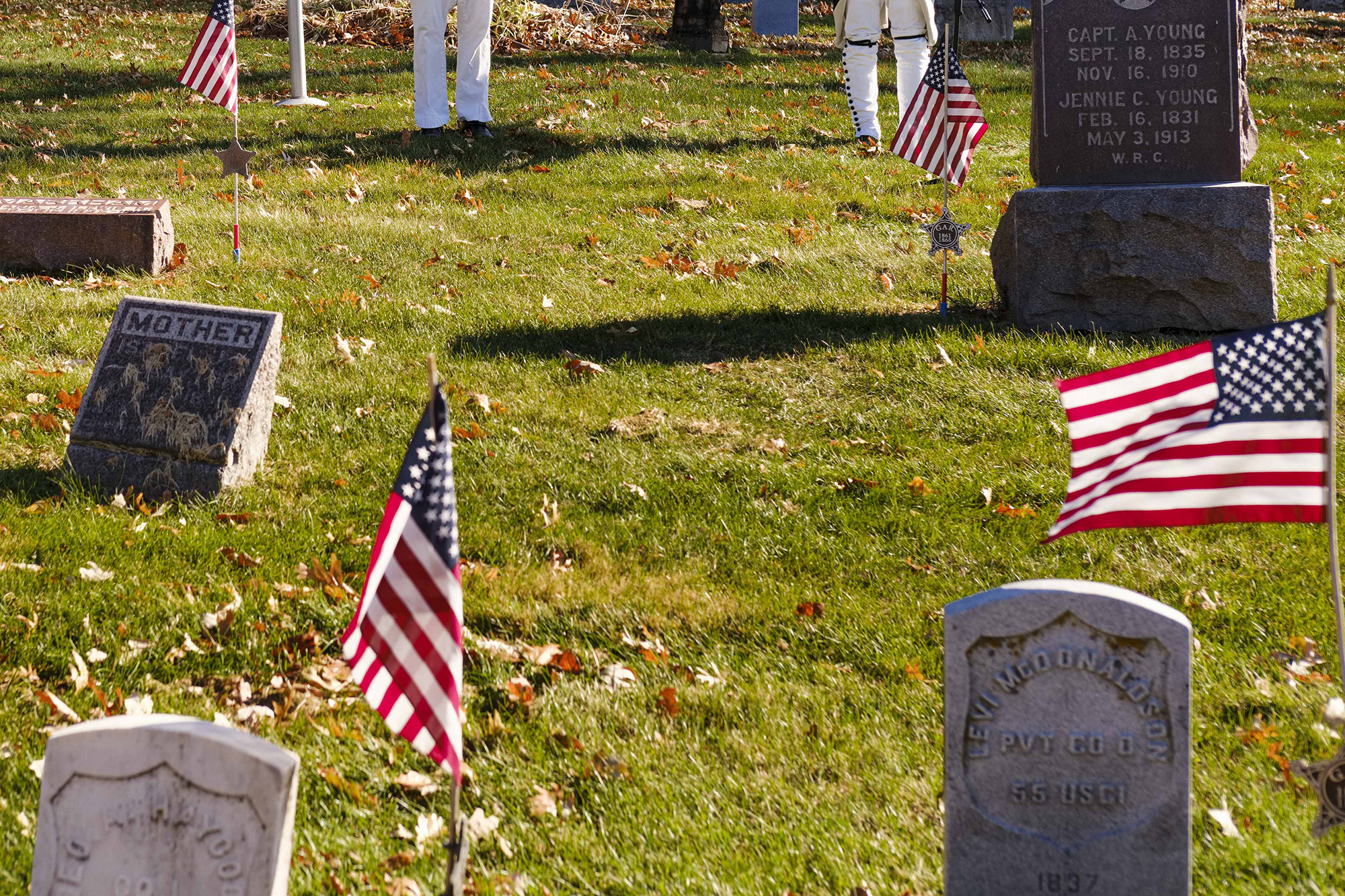 For years, the stories of those interred at Woodland Cemetery in Des Moines, Iowa, were buried along with the dead.

Now, those stories are being brought to life once again.

Across the cemetery, dozens of historic graves are marked with QR codes that link to short videos telling the tales of some of the city’s earliest residents.

“I got really taken by how early pioneers of Des Moines really did reflect world history,” Kristen Bartley, the creator of the mobile history tour, told KCCI in Des Moines.

The project consists of 71 videos between about 30 seconds to three minutes that were sourced from Iowa historians Archie Cook and Mike Rowley, as well as oral histories from descendants of those buried in Woodland. Bartley stressed the project’s goal of covering not just well-known Des Moines figures but also influential people whose stories have remained in the dark for decades — or even centuries.

“Knowing some of the history, it’s like … this needs to happen,” Bartley said. “People need to know these stories.”

Bartley acknowledged that she and her team have barely scratched the surface on telling the tales of the thousands buried at Woodland. However, the stories that they have uncovered are crucial to understanding both the city’s and the country’s history.

Among the most influential stories is that of Preston Jackson, a black man from Kentucky who served in the Mexican-American War and the Civil War. George Hanawalt, meanwhile, was a doctor who treated some of the hundreds injured in “the great train wreck of 1877,” and Elizabeth Brown Howell was one of the founders of the first Daughters of the Revolution chapter in Iowa.

Perhaps one of the cemetery’s most notable figures is Delia Ann Webster, an American teacher and abolitionist who was imprisoned in Kentucky for helping enslaved people escape. She was pardoned after two months for helping the slave Lewis Hayden escape along the Underground Railroad — which she helped establish in Iowa. She also served as a nurse to wounded soldiers during the Civil War, along with Harriet Beecher Stowe.

“I’ve always said we stand on the shoulders of giants … and we need to remember who those giants are,” said Mark Sherinian, a relative of Charles Nourse — Iowa’s third attorney general and a delegate to the 1860 Republican National Convention— in an interview with KCCI.

Bartley — whose endeavor was funded by the Iowa Arts Council and Friends of Des Moines Parks — is working to secure additional funding to continue the project for the thousands of others whose stories are still buried.

This is not the only cemetery in which QR codes are shedding light on these often forgotten figures. In Lincolnville, Maine, QR codes were installed at 11 cemeteries. QR codes on headstones have popped up across the country thanks to a Seattle-based gravestone and monument company called Living Headstones. And Arlington National Cemetery even debated allowing QR codes on tombstones to allow visitors to learn more about those buried there.

WHO “Concerned” About Eased Virus Curbs Around Euro 2020